Home > News > Get ready for Deals, Wheels and Steals on ITV 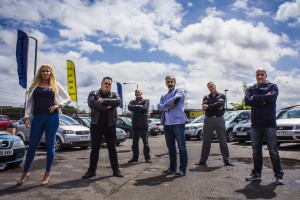 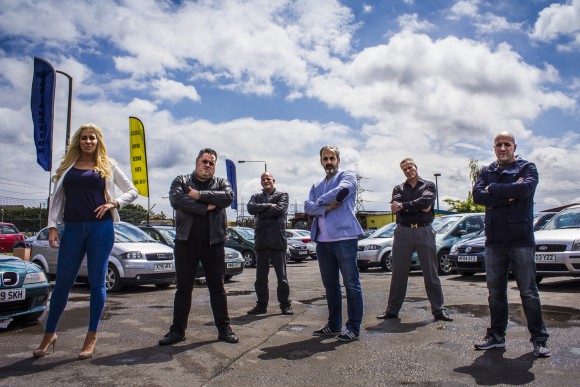 Get ready for Deals, Wheels and Steals on ITV

HOT ON the heels of popular TV show Wheeler Dealers comes Deals, Wheels and Steals – a new motoring series from ITV1 that will give a peek behind the scenes of the motor auctioneering world.

The programme sets six dealers the challenge of bidding on a trio of auction-room duffers each week. They must then restore them to roadworthy standard and strive to sell them on at a profit. Along the way, viewers are treated to an insightful, and sometimes humorous, observation of the hard graft and drama that goes into auctioneering a used car.

Commissioned by ITV as a six-part 30-minute series, it has been made by Attaboy, the production team responsible for Wheeler Dealers, and will start on September 22 at 8pm. 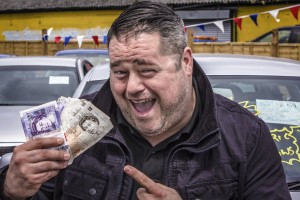 Jim Lewis is one of the car dealers taking part in the ITV1 series Deals, Wheels and Steals

Here we chat to London-based Jim Lewis, one of the dealers taking part in the show:

CD: So Jim, how did you get involved in the show?

JL: Well, I’m basically a car dealer, and I got approached by the TV company to be in the series. We started off with the pilot, which we did two years ago, and I then got told the good news last October that it would be commissioned by ITV.

CD: How does it work? What happens during the show?

JL: There are about six dealers in the show and we’re all up against each other, bidding on a certain amount of cars. Obviously we have to get cars at a good price, and we do have a little bit of friction between us, but it’s all good off the camera, we all get on, but the thing is we all want to get the best deal and we don’t want other people to try to bid the cars up, that’s what we’re worried about, you know!

CD: Did you enjoy doing it?

JL: I absolutely loved it. It’s so good because they’re showing you what goes on when you go to car auctions, exactly how it is at car dealerships and how it works. It just shows you the inside of car auctions, but it shows the happiness, the joy, it’s good to give the public an insight. It’s how it should be, a car dealer being filmed at a car auction, which is really good.

CD: How long have you been a car dealer for?

JL: I’ve always been interested in cars and have spent about four years in the motor trade.

CD: So are you a fan of other car shows, such as Top Gear and Wheeler Dealers?

CD: You must be really excited to see yourself on television.

JL: We’ve seen the first few episodes of the show. It’s different seeing yourself on TV. You don’t know how you come across, and I think I come across as who I am. It’s all very natural, it’s all very factual, it’s about giving great tips on how to buy a car, what to look out for, how not to get stung, if there is a certain issue with a certain make. You find out about it and it makes you avoid certain cars.

Story and interview by Oliver Harry for Car Dealer