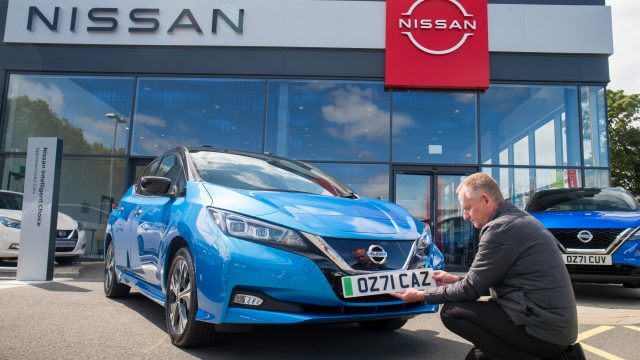 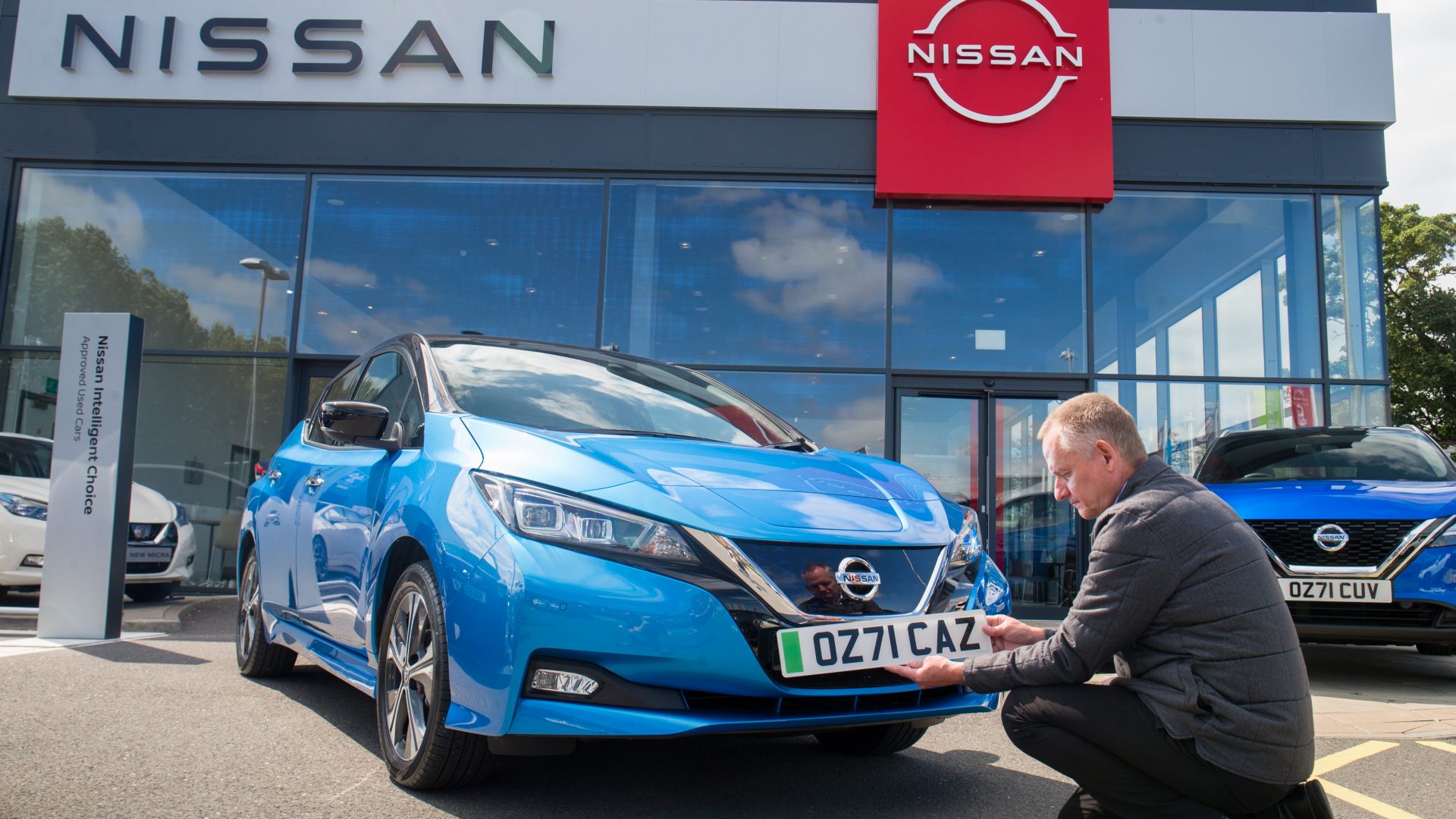 The government has again slashed plug-in car and van grants and changed the eligibility criteria.

The move has been introduced to target ‘less expensive models’ and because of soaring demand in EVs said the government, but has been lampooned by car dealers and one leading UK car brand.

That means only around 20 electric cars currently on sale will be eligible for the grant.

The government has also changed grants for motorbikes and mopeds, with a £500 and £150 savings, respectively.

The grants come into force 7am today, December 15, although as of 9.30am the government’s grants website still hadn’t been updated.

‘The market is charging ahead in the switch to electric vehicles,’ she said. ‘This, together with the increasing choice of new vehicles and growing demand from customers, means that we are re-focusing our vehicle grants on the more affordable vehicles and reducing grant rates to allow more people to benefit, and enable taxpayers’ money to go further.’

The government also announced new rules around charging points, mandating all new 7.1kW and above points, including rapid chargers, will have a minimum payment method such as contactless payment.

Drivers will also ‘be able to compare costs across networks which will be in a recognisable format similar to pence per litre for fuel and there will be new standards to ensure reliable charging for electric vehicle drivers’, the announcement said.

Harrison added: ‘We want as many people as possible to be able to make the switch to an electric vehicle, which is why we will also be introducing new rules to make it easier to find and pay at chargepoints.

This will ensure drivers have confidence in our charging infrastructure, as we look to reduce our carbon emissions, create green jobs and level up right across the UK.’

Today’s changes have been criticised by dealers.

One who wished to remain anonymous told Car Dealer: ‘Can they make this any harder for us?

‘It’s absolutely shocking they’ve done this. Yes, electric car sales are up but this is a kick in the teeth.’

Vauxhall MD Paul Willcox said: ‘Vauxhall recently welcomed the government’s announcement to implement a zero emission vehicle mandate as it would provide clarity to the UK motor industry and we want to encourage EV adoption in the UK.

‘Today’s changes provide a confusing message to UK consumers and will harm EV adoption at a time when we need to be doing all we possibly can if we are to stand a chance to move the UK to electrified only vehicles by 2030.

‘Whilst we understand the government’s desire to phase out the plug-in vehicle grant at some point, we really need to see a more strategic, longer-term approach. A lack of clarity and certainty for customers can only harm EV adoption and leave the UK lagging behind other countries in the race to decarbonise personal transport.

‘Whilst electric vehicle adoption is growing rapidly at the moment, EVs still represent a small percentage of the overall UK vehicle parc. In our view, further work is needed on other fiscal incentives, such as considering a reduction in VAT for EV, and also aiming that support at those that financially need it to make the move to EV.’

Once again the government is sending out mixed messages – it wants to promote environmentally-friendly transport, yet it is reducing the incentive to do so at a time when electric cars are still more expensive to buy and represent a minority in the new car market.

While subsidising wealthier private buyers and business fleets to electrify may be controversial at a time the nation’s finances are stretched, the rapidly-growing uptake among buyers to around 10 per cent of the market shows that the policy has been working, creating a wave of advocates and building the foundations of a strong used car market in time.

Manufacturers are working to ensure electric vehicles reach cost parity with their petrol and diesel counterparts, but this is still some years out. Until this happens, there should be adequate financial support to help those buyers on the fence to make the switch.

Scrap VAT on EVs instead

Many drivers and fleets will be recalculating today to see if they can still afford their chosen EV now that the grants and threshold have been cut. With ambitious targets heading into 2030 it seems counterintuitive to reduce incentives although we accept that those purchasing the lower value EVs probably have greater need for assistance.

Drivers have consistently told us that the main barrier to EV ownership is the initial purchase price. While we are encouraged that new EV sales have increased this year, we feel this mainly due to company car purchases and salary sacrifice schemes.

This type of purchase is not available for everyone, so reducing the grant and the number of vehicles eligible will be a disappointment for many.

The most effective method of encouraging mass electric car adoption is to scrap the VAT – a policy we have called for since 2020. Low income households say this would help them the most in switch away from fossil fuels.’

Another blow to buyers

Slashing the grants for electric vehicles once again is a blow to customers looking to make the switch and couldn’t come at a worse time, with inflation at a ten-year high and pandemic-related economic uncertainty looming large.

Industry and government ambition for decarbonised road transport is high, and manufacturers are delivering ever more products with ever better performance.

But we need to move the market even faster – from one in a hundred cars on the road being electric, to potentially one in three in just eight years – which means we should be doubling down on incentives.

Other global markets are already doing so whereas we are cutting, expecting the industry to subsidise the transition, and putting up prices for customers.

UK drivers risk being left behind on the transition to zero-emission motoring.

This disappointing cut means that only around 20 EV models are now eligible for the grant which doesn’t leave a great deal of choice for consumers.

With a little luck, additional models coming on to the market will help negate the government’s cut to the plug-in car grant.

In the meantime those wanting to make the switch may be well advised to take advantage of more affordable leasing options.

While it’s true that sales of electric vehicles have been growing strongly, it’s worth noting that this is still from a relatively low base. We’re concerned the government has taken this step too soon.

Today’s grant cut reduces consumer incentivisation to make the switch to electric vehicles, at a time when inflation is rising and wider economic uncertainty continues. Although the timing of this decision is questionable, the automotive industry remains confident about the path to net zero.

Our recent global automotive survey suggests that industry executives see a strong need for subsidy schemes right now to aid the transition to EVs. But, over three quarters of executives told us that even if subsidy schemes were totally removed, EV adoption will still be widespread by the end of this decade.

We’re very disappointed with the government’s decision to cut plug-in car and van grants. The incentives available to British motorists are already miles behind our European counterparts where adoption levels are far higher.

Although sales of new EVs are increasing in the UK, they still carry an average 25 per cent premium to their ICE equivalent which means they remain the preserve of the wealthy.

In order for the government to hit its ambitious 2030 target, they need to support the mass adoption of EVs, which as we have seen in other European markets, will only happen with the right monetary incentives in place.