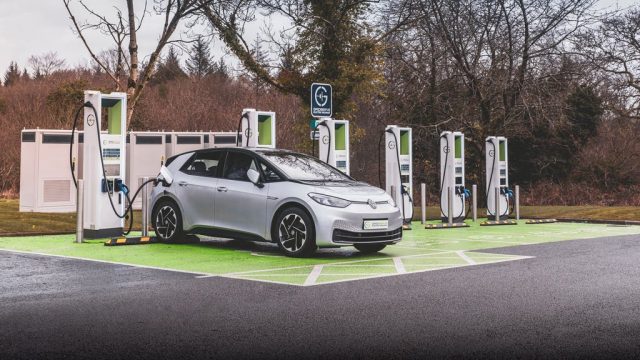 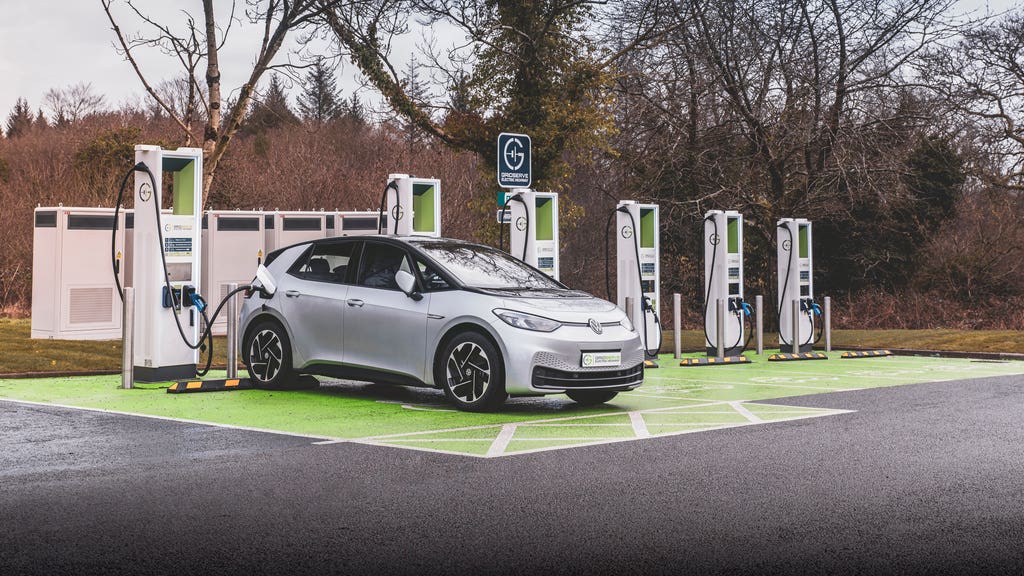 Gridserve has teamed up with Moto to open one of Wales’ first electric car charging hubs.

Located at Moto Swansea at junction 47 of the M4, the new Gridserve Electric hub has an initial set up of six 350kW rapid chargers capable of delivering up to 100 miles of range in as little as 10 minutes to some electric models.

A further six chargers can be added ‘as soon as they are required’ with all powered by 100 per cent net zero energy from Gridserve’s solar farms.

They don’t require a subscription and can be paid for using contactless payments.

It ties in with the Government’s Electric Vehicle Strategy for Wales which plans to install 4,000 rapid chargers across the country over the next decade. At present, just three per cent of these are in place.

​​Toddington Harper, CEO of Gridserve, said: ‘Our mission is to accelerate the transition to electric vehicles in the shortest possible timeframes to help prevent the worst impacts of climate change.

‘This is a landmark project for Gridserve and Moto and the first high-power charging facility of its kind for Wales. We’re really excited to be demonstrating that all parts of the UK should be able to embrace the EV revolution.

‘We cannot let a lack of infrastructure prevent drivers from realising the myriad of benefits that come with driving an electric vehicle.

‘This project will help deliver the confidence for more people to make the switch to EVs, as well as support the growing number of people who already have.’

Currently, Wales has one of the lowest numbers of EV charge points per head of population in the UK.

Gridserve is ‘actively looking’ for further sites in Wales, with the hope of developing future charging hubs as well as its Electric Forecourt sites.

Mike Hedges, MS for Swansea East said: ‘By 2025, Swansea is predicted to have one of the highest demands for EV charging in Wales as the uptake of electric vehicles continues to accelerate.

‘Ensuring that we have the infrastructure in place now is fundamental to enabling more drivers to make this transition sooner.

‘Gridserve’s high power Electric Hub in Swansea is a step-change for rapid charging infrastructure in Wales and will support local drivers and visitors with the charging solutions they need.’