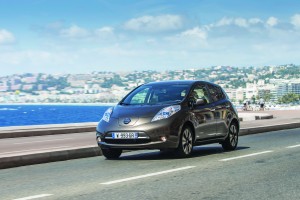 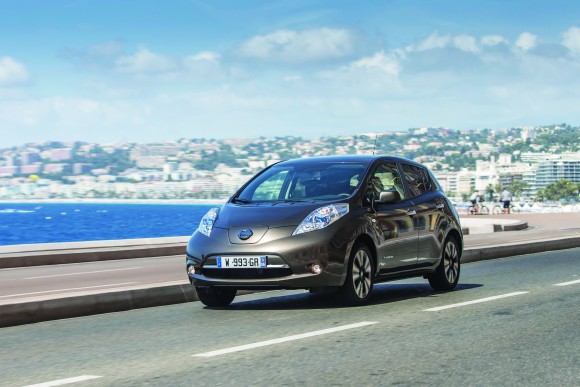 Nissan’s third-generation Leaf has had mixed reviews. Subtle revisions and a new bronze colour option are the only noticeable changes, leading to the question of whether the car has undergone much of a facelift. However, it’s unseen developments which are the real game-changers.

Only 21kg heavier than the 24kWh battery, and the same size, the new 30kWh Leaf battery compromises neither cabin space nor performance.

It boosts the range by 25 per cent, to a claimed 155 miles, though this is dependant on a number of factors, including driving style and temperature – extreme cold can decrease battery performance by up to 50 per cent. The new battery will be available on Acenta and Tekna grades of the five-door hatchback, and both – alongside the Visia – can be supplied with the 24kWh battery, which Nissan has no plans to phase out.

The carmaker has also introduced an eight-year/100,000-mile warranty on the battery pack, guaranteeing that at least 75 per cent of original capacity will be retained over this period.

The new NissanConnect smartphone app connects owners to their cars, allowing them to remotely locate their car, find an available charging point, checking the car’s charge status and pre-heat or pre-cool the cabin.

As with the bodywork, not much has changed from the previous incarnation. It provides a smooth, quiet drive, although the car is a bit sluggish when in Eco mode.

The Leaf rests in the slower realms of the C-segment, with 0-60mph acceleration of 11.3 seconds and a top speed of 90mph. However, with all of the power provided instantaneously, it is only on motorways that such drawbacks are noticeable. With a low centre of gravity due to the undercarriage-mounted battery, the Leaf is stable and comfortable cornering at relatively high speeds.

Auto Express said: ‘Ride quality is generally smooth, but as with many all-electric vehicles, the Nissan is prone to thumping into potholes. Other than that, though, a distinct lack of wind and road noise makes this a very relaxing drive.’

Nissan’s 30kWh Leaf is an affordable electric car that retains most of the features of the previous model. Compared to conventionally-fuelled C-segment cars, the Leaf is somewhat lacking in performance, but in the Pure EV segment, its longer range marks it out as a class-leader.