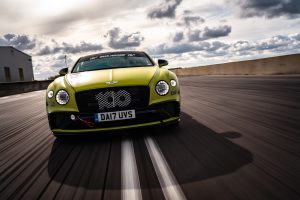 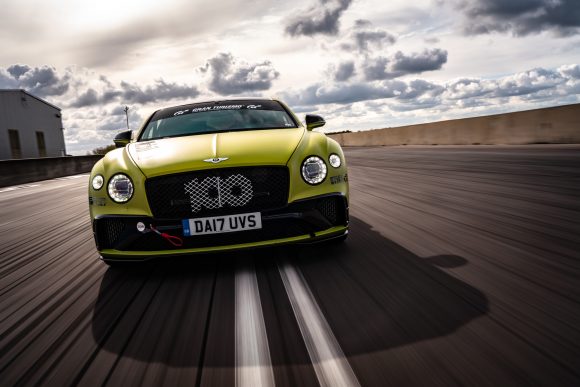 Having a blast with Bentley Continental GT record-breaker

The Pikes Peak International Hill Climb is one of the most gruelling events of its type.

Known as ‘The Race To The Clouds’, the event sees cars of all sizes and shapes undertake a 12.42-mile sprint through 156 corners and 4,720 feet of climbing to the mountain summit in Colorado.

For many years, much of the route remained famously unpaved, although recent measures have ensured that, as of 2011, each mile is covered in asphalt.

But by no means is it a softened version of what it once was, with the route’s blind crests, undulating surfaces and steep drops proving an immense challenge for driver and vehicle.

And while racing cars often take the challenge of trying to beat the overall quickest time to the top, Bentley turned its attention to the Time Attack 2 production record, which sees production cars with minimal modifications take on Pikes Peak.

As all cars entering for this segment require a proper VIN number – as well as a production run of at least 500 – Bentley worked on its Continental GT to produce the car that you see here. 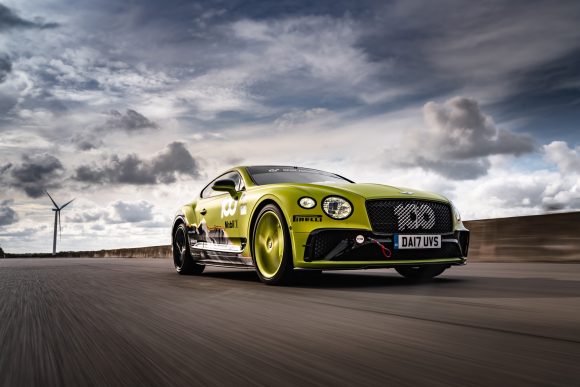 Although fundamentally the same as a ‘regular’ GT, this car has had several modifications to enable it to fully exploit the mountain.

The interior, for instance, is fully stripped out, with huge racing bucket seats fitted in place of the usually plush chairs you’d find in the Continental.

And by some stroke of luck, we found ourselves behind the wheel of the record-breaking car. However, it wasn’t on the Rocky Mountainous ranges of Colorado, but rather the British countryside.

So what does a car such as this feel like pootling around sleepy villages? A little bit ostentatious, at first.

When it comes to standing out from the crowd, this Conti stands well above the rest, with its racing livery and bellowing exhaust turning heads wherever it goes. 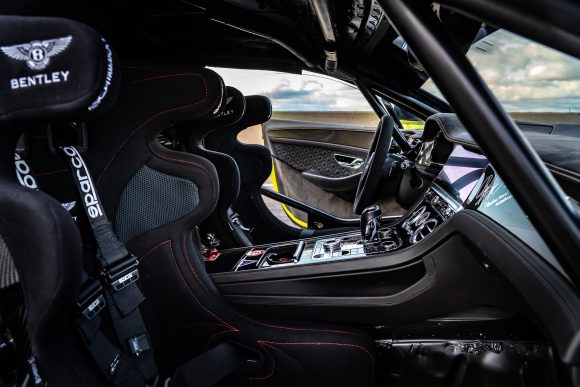 But remarkably, it’s just how easy it is to drive that shines through.

Yes, there’s no air conditioning and yes, the brakes take a bit of getting used to, but largely it’s just as well mannered on the road as the regular GT.

Even the ride is quite comfortable. It’s more the noise in the cabin that showcases this as something different.

The lack of any sound deadening – as well as the racing exhaust – means it’s one noisy cabin to sit in.

And although in the cooler temperatures of autumn the lack of air conditioning doesn’t feel like much of a problem, we could imagine that at the height of summer it might become a little less comfortable.

There’s performance in buckets, mind you, and even a light roll on to the throttle brings incredible acceleration accompanied by one of the very best soundtracks you’re likely to hear from a car.

The W12 engine under the bonnet, now free to be as vocal as possible, practically cackles at being given the opportunity to bellow at the top of its lungs. 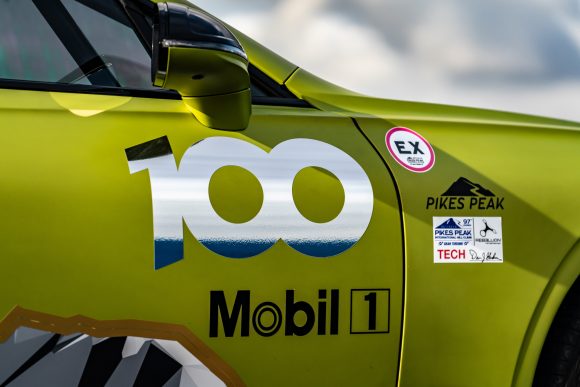 It’s a genuinely visceral experience and one that can be had even travelling at slower speeds.

Given its extremely rare nature, it’s understandable that we’re not let loose in the Continental for too long, and before we know it we’re returning to base with our ears ringing.

As a little slice of motorsport history, the Continental GT is an astounding accomplishment and one that has just as much presence on the UK’s country roads as it does thundering up Pikes Peak.