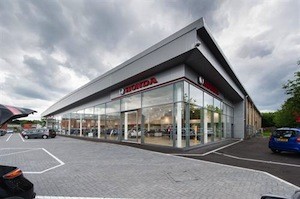 HONDA UK has teamed up with the Trading Standards Institute-approved garage comparison site Motor Codes, in order to empower customers to choose the right dealer.

The new agreement will see customer ratings and data taken from satisfaction surveys from all 192 Honda dealerships across the UK published with a satisfaction score on Motor Codes’ Garage Finder service.

The partnership aims to empower customers to choose the right dealer, based on the feedback of buyers’ experience.

Honda and Motor Codes have been running a pilot of the scheme for the last five months, which has seen more than 11,000 customer surveys fed into the Motor Codes system.

The data has given Honda’s UK network an average satisfaction score of 94 per cent, which is now live on Garage Finder.

Honda’s agreement with Motor Codes follows the 2013 Castrol Professional Car Servicing and Repair Trend Tracker report, which revealed that Honda UK dealers have been the best at retaining customers for routine servicing in the UK, for the sixth consecutive year.

Of all Honda owners surveyed for the nationwide survey, 40.3 per cent took their car back to a Honda franchised dealer for its most recent routine service, compared to an average of 24.8 per cent across all brands included in the study. The research also revealed a retention rate for Honda dealers of 71.7 per cent for cars less than four years old, against an average of 57 per cent.

Nick Holmes, head of customer and aftersales at Honda UK, said: ‘We’re very pleased to be working with such a respected source as Motor Codes. We think it’s important for customers to be able to make an informed choice about choosing a garage, and what better way than by letting them see independent, unedited reviews from other customers.’

Chris Mason, managing director at Motor Codes, added: ‘To give customers the complete picture, it makes perfect sense to work alongside manufacturers, and we’re delighted that Honda has agreed to come on board. Honda is the largest brand, by number of UK dealers, to use the Motor Codes site to share its customer feedback.’