HR Owen pops up with Bentley 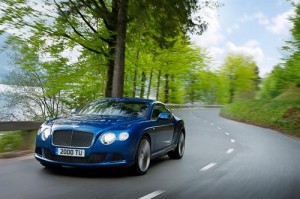 PRESTIGE dealer HR Owen is planning a pop-up Bentley dealership to bring the iconic British brand to the well-heeled streets of Broadgate, London, at the end of this month.

The dealership, located on Finsbury Avenue outside Gaucho Broadgate, will open at 7am on May 22 and close for good just two days later at 9pm on Friday 24.

The highlight of the pop-up shop will be the new Bentley Continental GT3 race car, on display alongside Bentley models such as the 200mph Continental GT Speed.

Prize draws will be held for the use of a Continental GT V8 over a weekend, as well as tickets to the Salon Prive concours d’elegance in Syon Park, a Bentley track day at Silverstone or two VIP tickets for the Goodwood Festival of Speed.

HR Owen state the aim of the event is to showcase the latest and fastest models from Bentley Motors.

The Broadgate dealership will last for considerably less time than HR Owen’s Bentley site in Mayfair, Jack Barclay Bentley, which was established in 1927. The luxury dealer has used pop-up marketing before, when it turned its Mayfair dealership into a temporary night club in order to launch the new Bentley Continental V8 last year.

The Broadgate site will place the Bentley brand within reach of the 30,000 people who work in the Broadgate area in the City of London.