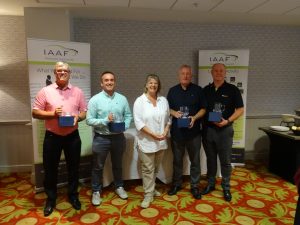 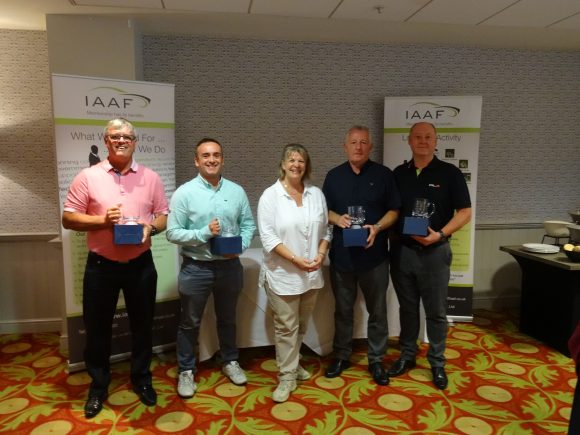 THE Independent Automotive Aftermarket Federation raised hundreds of pounds for industry charity Ben when it hosted the first round of its Team Golf Challenge.

Twelve teams took part in the event at Worsley Park Marriott Hotel & Country Club near Manchester, with the wet weather doing little to dampen their spirits.

The 18-hole course, set in 200 acres of parkland, presented some tricky challenges for participants, but it was Sogefi Filtration that emerged triumphant, with the winning team made up of Sam Verity, Paul Merson, Malcolm Gomersall and Gary Dunford. The runners-up were from RRD Automotive, whose team comprised Matt Kelly, Vince Gibbons, Andy Reynolds and Mark Kendall. 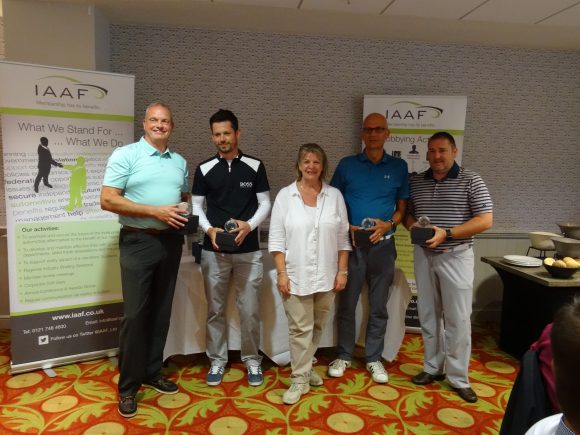 A second challenge is due to take place on August 15 at The Abbey Hotel in Redditch, Worcestershire, and the overall winners will be the team with the best score from both events. They will be invited to the IAAF’s annual awards dinner in December to receive their prize.

The Worsley Park event raised £420 for Ben, and IAAF chief executive Wendy Williamson said: ‘Congratulations to all the teams and a big thank you to all our supporters and sponsors in making the day such a fantastic success.

‘We look forward to enjoying some more great golf, while raising further funds for such an important cause, when we head to The Abbey next month.’

There are still some spaces for the challenge event at The Abbey Hotel, and those interested can sign up by contacting the IAAF’s head office on [email protected]

Pictured at top with Wendy Williamson in the centre is the winning Sogefi Filtration team, from left, Malcolm Gomersall, Sam Verity, Gary Dunford and Paul Merson

MORE: Get yourself on board the Bangers4Ben 2019 cheese and wine tour!