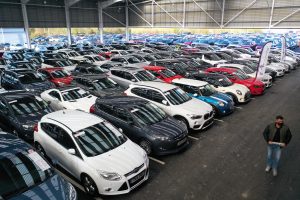 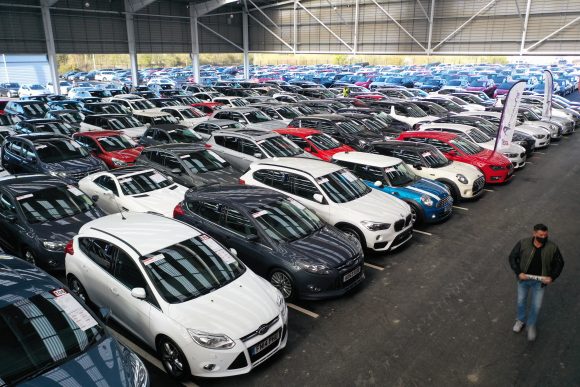 Semiconductor chip shortages may be bad news for the new car market but they are set to supercharge the used car market and push prices up even further.

A Car Dealer investigation has found that while the impact the lack of the microchips are having on new car supply is severe, it is set to boil and already bubbling used car industry.

What Car? says it has already heard from buyers who can’t get the new car they want turning their attentions to used cars instead.

A combination of increased used car demand and lack of supply – mostly due to dampened new car sales reducing the number of part exchanges – has already seen used prices hit unprecedented heights in 2021.

Now experts from the valuation, auction and used car advertising worlds all predict the semiconductor issue could push used car prices up even further.

Jim Holder, editorial director of What Car? said: ‘We are hearing about the nearly new market hotting up.

‘Our weekly polling of car buyers tells us that demand is strong, and that buyers who can’t get the car they want are willing to either buy nearly new or swap to models or brands with availability at increasingly high rates.’

Derren Martin, head of valuations for CAP HPI, said showrooms are likely to see used car prices rise by much as five per cent.

He said: ‘As always, when supply is constrained and demand strong, prices increase.

‘With new car availability an issue over the coming weeks and months, consumers may well switch to used cars, and there is lower supply than normal, due to the pandemic’s impact last year.

‘With demand likely to outstrip supply, values are likely to stay strong over the summer months.

‘April and May are likely to see total average rises of around 5 per cent.’

Since the April 12 reopening used car demand has been very high and dealers are already struggling to replenish stock at sensible prices.

Martin said that lower than normal new car registrations in March and April had impacted part exchanges and there have been less fleet returns work their way into auction halls.

Rupert Pontin, director of insights at another used car valuations firm, Cazana, said new car supply issues due to the semiconductor constraints will really set in during the second half of the year.

He said Ford and Stellantis were the latest car makers that are predicting supply issues due to the microchip shortage. Most manufacturers have already reported problems getting hold of the parts.

‘This will impact new car sales volumes during the year at a time when the industry does not need any more bad news,’ he told Car Dealer.

‘New car sales look set to be quite badly affected on a global basis from H2 and the UK will take its fair share of the pain.’

But he is predicting a filip for the used car market as demand for late plate used cars will be strong.

He added: ‘As shortages hit, retail pricing will probably increase.

‘Historically, when late plate cars go up in value, the market drags all used car pricing up at the same time, and this is a real possibility.’

‘If new car supply is restricted, then the most likely scenario is rising demand in the nearly-new sector with more competition,’ he said.

‘This ripple effect can be felt down the value chain as buyers chase stock that may be typically older than they would usually buy, pushing prices up.’

Philip Nothard, insight and strategy director for Cox Automotive – the firm behind auction house Manheim – says dealers should not be afraid to raise prices to counter the lack of supply.

He said that while the pent-up demand will ease in the coming weeks dealers may start to face competition from fleet and rental companies snapping up nearly new models themselves.

‘This could expand the demand issues we’ve already seen and make purchasing even more competitive, driving used prices higher for dealers,’ he warns.

‘I think that used car prices will continue to remain strong throughout the rest of the year and into 2022.’

Auto Trader says the imbalance of supply and demand will undoubtedly push up prices further.

It has recorded 13 consecutive months of ‘steep’ price growth in the used market and says trade values are unlikely to match the pace of change happening to forecourt pricing.

Richard Walker, Auto Trader’s data and insights director, told Car Dealer: ‘Used car prices are heavily influenced by the supply and demand dynamics in the market, and as a result of the huge increase in consumer demand boosted by the reopening of physical showrooms last month, the rate of growth has accelerated even further.

‘No doubt the chip shortage will impact levels of new car supply in the market, this will create higher demand for used cars of those most heavily impacted.

‘There’s no question that this increasing imbalance of supply and demand will have a profound influence on used prices.’

Its latest figures show dealers are selling used cars faster than they have done for months with the average time taken to turn stock down seven per cent in April compared to March.

In Scotland, where dealers opened sooner than in England, last month the average days to sell for used cars was just 33 days. In England, dealers were selling cars on average in 42 days – and that’s accelerating.

Head of Sales for eBay Motors Group, Marc Robinson, said: ‘The semiconductor shortage is adding to the pressure of generating fresh used car stock in the wholesale marketplace.

‘Shortages of new models has seen some corporates and leasing companies pause their defleeting, as they wait for replacement vehicles.

‘On the retail side, the shortage is also seeing fewer part-exchanges enter the used sector.’

The advertising site has seen prices steadily rise on dealer forecourts – up 4.3 per cent in April to £12,753.

Robinson added: ‘Until the supply of new car stock improves, which will take some time with factories reducing hours and even temporarily suspending production, we expect this dynamic to continue.’

In the wholesale market, auction firms are already predicting the semiconductor shortages for new cars will push used prices up.

James Bush, sales director at Motorway, told Car Dealer: ‘The shortage of conductor chips is a huge problem for the new car industry and will have significant knock on effects for the used car industry too.

‘We can expect the used car market to continue booming as demand increases.’ 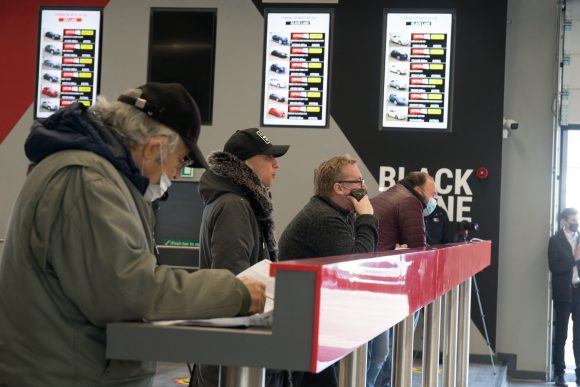 Martin Potter, Aston Barclay’s MD, said the market is already short on cars and this will only restrict that further.

‘The longer the semiconductor problem goes on the more pressure there will be on used supply and prices will continue to rise,’ he said.

‘Even if used car demand falls slightly as consumers invest in going on holiday then we are still going to see demand exceed supply.’

Potter added: ‘Our leasing company clients tell us that they have very healthy order banks in with the manufacturers so when supply problems are relaxed there should be plenty of used cars coming into the market, but currently we do not know when that will happen.

‘It could be next year before we see the market settle down to its latest “new normal”.’