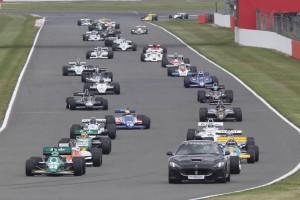 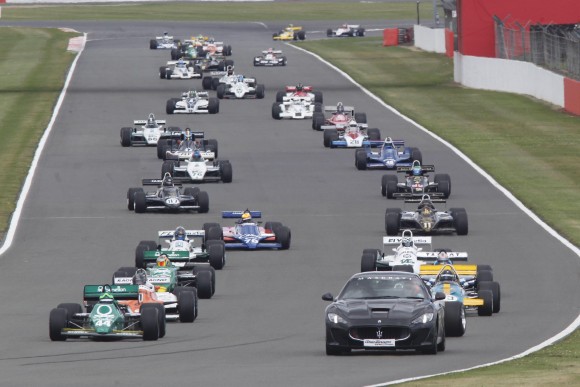 Jaguar Land Rover is in talks to buy the historic Silverstone racing circuit and using it as a base for up to 1,000 sales and marketing staff as well as 700 engineers.

The car giant has made a bid for the circuit, home to the British Grand Prix and thought to be valued at almost £23 million, according to The Birmingham Mail.

It wants to create a five-star hotel, JLR heritage centre, motor industry museum, vehicle design workshop, offices and a visitor centre at the Northamptonshire venue. Talks between JLR and British Racing Drivers’ Club are continuing, the Mail said, but the Tata Motors-owned manufacturer’s board has given the green light.

Silverstone’s managing director said in September the future of Formula One’s British Grand Prix was at risk without major investment in the race track. It is understood any agreement would allow Silverstone to remain the home of motorsport, with events such as the Grand Prix, Mota GP, World Superbikes and the Silverstone Classic, pictured, remaining at the venue.

Automotive sector experts have welcomed the news, claiming JLR could attract car enthusiasts from around the world. A source close to Jaguar Land Rover said: ‘They have been trying to buy Silverstone for a while now. Talks are still ongoing an the deal isn’t sealed yet. They are interested in it for testing cars and the motorsport side.’

Automotive expert David Bailey told The Mail, that with investment, Silverstone would be an international draw and a major boost to the JLR brand.

Prof Bailey, professor of industrial strategy at the Aston Business School, said: ‘I think this makes sense on a number of levels. The whole experience side of buying a premium car is becoming more important. They are offering a service as well as a new car. The opportunity to have heritage vehicles at a site like Silverstone would be a very attractive proposition internationally.’

MORE: Hundai and Rockar open their second store together

MORE: Wessex Garages get into the Christmas spirit

MORE: Now available to view online: all the pictures from #UCAwards