Home > News > James Baggott: No wonder carmakers want to replace us with robots! 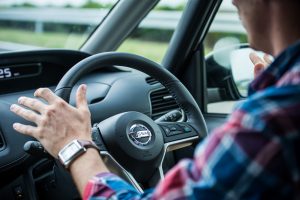 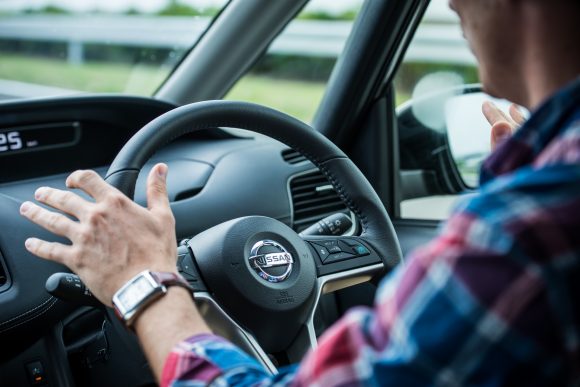 James Baggott: No wonder carmakers want to replace us with robots!

JAPAN is a funny place. I mean, what sort of country offers you ice cream and curry options at a breakfast buffet?

I’m not complaining, because who would complain about a vindaloo and vanilla sundae combo first thing in the morning? Exactly. No one. No, what I’m trying to say is, it’s not the sort of thing you’d get in a Premier Inn, is it?

This month I popped over to the land of the Rising Sun to sample not only a curry ice cream breakfast extravaganza, but Nissan’s future too.

When I say Nissan’s, what I really mean is every single driver’s future. These are landmark times. Seismic shifts in technology are afoot and they’re about to make life on the road very different indeed. 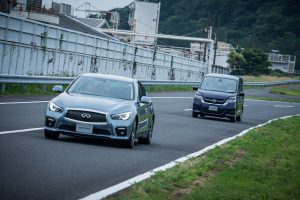 I’m talking about automation. Not robots – as much as I’d love Wall.E to drive me around – no, this automation is behind the scenes, and very much about to take over in more ways than one. Although autonomous driving has been getting a bit of a bad press recently, manufacturers are most certainly pushing ahead with the technology.

Car chiefs see it as a way of not just making motorists’ lives easier but a way to fix congestion, improve fuel economy and make roads safer.

Ok, that last one might be a hard sell after the recent tragic Tesla crash, but once refined, this technology could change the way we use cars for ever. Tesla may have been first to market with a car that can ‘drive’ for you on motorways, but next year Nissan will bring the technology to the masses by introducing self-driving on its refreshed Qashqai. It’s likely to be standard on top-of-the-range trim levels which currently account for 30 per cent of all Qashqai sales. You don’t need to be a mathematical genius to work out then that more people will experience autonomy in a Nissan before anything else.

Over a very raw fish-based dinner I chatted to the man behind Nissan’s autonomous programme and he admitted that for the technology to work perfectly it will require car manufacturers to develop these systems together. It’s only when cars of all makes are able to ‘talk’ to each other that full autonomy will be possible.

Just imagine a time when all the cars on a motorway are connected. They could travel just inches apart in blocks at any speed, accelerating and braking as one. Those phantom traffic jams caused by people driving too close together and hitting the brakes would be a thing of the past.

City traffic could work on a grid system – computer controlled to flow perfectly, eradicating jams. Cars would work harmoniously, moving together, travelling as one giant convoy. By keeping cars flowing and eradicating stop-start traffic, fuel consumption would be improved too. And when there’s a problem, the information passed between cars on the ‘grid’ could re-route you around it to save you time.

I’ve always wanted to be able to see the road ahead of me – often day-dreaming about sending a drone up to check the road ahead to help spot jams or let me know if it’s safe to overtake on blind corners. Think for a minute, then, how much time you could save if you knew the exact traffic state on the roads you were planning on using before you left home – just imagine how much less stressful that would be.

Ok, so Google Maps is getting there – its red and amber warnings on a route are useful and recently I let it guide me around a jam on a major A-road and it worked brilliantly. 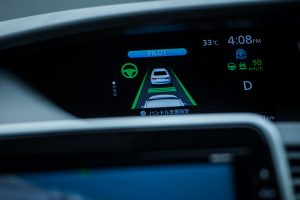 But with connected cars, that knowledge would be sacrosanct. No longer would you be guessing whether the overhead gantry signs telling you of queues ahead were out of date, your car would already know.

But chances are those jams would be pretty rare anyway. Autonomous cars are unlikely to crash – well, when the software is perfected, that is. Stupid drivers doing stupid things will become a thing of the past.

Cars these days are pretty safe forms of travel – they’re stacked with safety kit and built to withstand almighty impacts. The problem is, and always will be until computers take over, us. A recent survey found driver error was to blame for 90 per cent of crashes, so is it any wonder car manufacturers want to replace us with robots?

However much you like the thrill of being in control, you can’t fail to see the appeal of letting a computer take over for you on a long, boring motorway schlep or letting the robot brain take your car off and park itself in a multi-storey. Like it or not, those days are coming, change is afoot and it’ll be here before you know it – and I’m not talking about a vanilla ice cream and curry option at the Premier Inn breakfast buffet.

MORE: New UK Managing Director of Fiat Chrysler is in the hot seat

MORE: Record number of used cars bought in the first half of the year

On SuperUnleaded.com: 10 Things You Probably Didn’t Know About The WRC