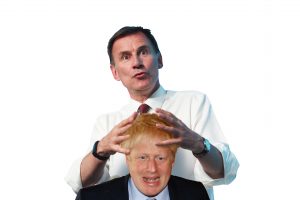 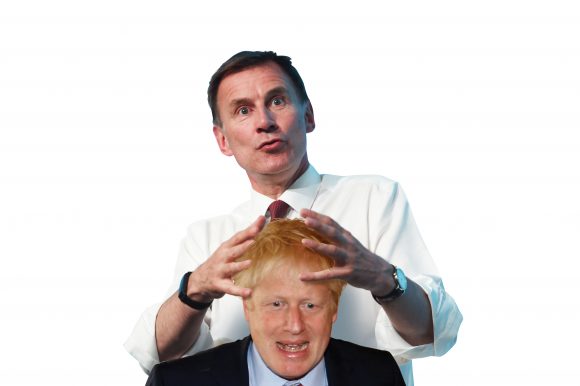 James Baggott: How do you solve a problem like Pendragon?

THE headlines made for uncomfortable reading at Pendragon HQ. Chief executive Mark Herbert had ‘driven off into the sunset’ just three months after taking charge of the listed dealership group.

The puns in the papers were plentiful, but they wouldn’t have softened the blow.

Exactly why the new man left the business so early into his tenure is still unclear. Reports suggest it was a brutal disagreement on how to turn the company around, but no one apart from those inside the boardroom knows for sure.

Pendragon operates the Evans Halshaw, Stratstone and Car Store brands and is heavily invested in a used car strategy with Car Store, but Herbert was a new car man. The talk is that a disagreement on strategy between Herbert and Pendragon’s chairman led to an irreversible clash.

To make matters worse, Herbert’s departure was a blow that came just a few weeks after Pendragon issued a profit warning. The statement said Pendragon was set to return to profit in its second half, but dire half-year trading had put it on course for a small annual loss.

Doesn’t make for pretty reading does it? I spoke to Mike Allen, head of research at Zeus Capital, about how to fix a problem like Pendragon and in a frank phone call he told me the business needed a radical ‘culture change’ and desperately needed to improve its OEM relationships.

‘The used car strategy is not working, but they seem to want to stick with it,’ said Allen.

‘The question is really “just how big should a dealer group be?” Pendragon arguably got too big after 2007, struggled with a series of big acquisitions and failed to integrate them properly. They over-expanded, damaged relationships and are living with that pain. They need a shake-up of the management team.’

Some rival dealer bosses I’ve spoken to think time could ultimately be up for Pendragon.

One cited huge wage bills the firm had been saddled with for its senior team which had strangled it.

Another added it had all but used up the £300m it raised in a sale and lease-back deal of its property in 2007 – constructed then to raise funds after the crippling purchase of Reg Vardy for £504m.

Mike Jones, chairman of accountancy group ASE, thinks it’ll be a tough problem to fix, but not impossible. ‘It needs a team at the top, not just one person, who can lead a strategy of change,’ he said. ‘Pendragon needs a special person, one who can build a team around them.

‘Ultimately the car business is about people and without good people it struggles.’

So are Pendragon’s issues endemic of an industry in peril or is there light at the end of the tunnel? Well, that depends on who you speak to. My contacts have mixed views. Some dealer chiefs are telling me that quarter two has fallen off a cliff. New car sales have plummeted, used car sales are tougher than ever, and as the summer hots up, so too does the heat under dealership bosses.

Elsewhere, the wider industry paints a muddy picture. In what weathermen would describe as a ‘muddled forecast’, the signs are conflicting depending on where you look.

Jaguar Land Rover is the most confusing of the lot. A week or two ago, the firm announced investment in its Castle Bromwich site to build an electric version of the next XJ, while just a few days later revealing tumbling global sales, down 11.6 per cent to 128,615 vehicles in the three months to June 30 compared with the same period last year.

And in the past few weeks, Honda followed up news of its forthcoming closure of the Swindon plant with news it’ll be cutting back its dealer network by 30 in the next three years.

Over at Vauxhall, bosses said they’d build the next Astra in Ellesmere Port, but only if the Brexit deal struck is the right one. See what I mean by muddled?

Back on the dealer front, Allen thinks it can’t get much worse, Brexit or not.

‘No-deal would have an impact, but I think dealers are well placed to capitalise on a well- managed Brexit,’ he said. ‘We’re advising investors to stick with the motor industry. There is value over the long term, a lot of property on balance sheets and not a lot of debt. Values are low because there is still risk there, but dealers can still pounce on a well-managed Brexit.’

And there are some bucking the trend. Both Allen and Jones cited Marshalls, Cambria and Vertu as groups performing well. But, once again, their future hinges on the ‘B’ word.

‘A poor deal where we crash out in October could mean things get worse,’ said Jones. ‘New car supply will be hit, prices could go up and there will be fewer cars to sell.’

So while it might be tough now, it could get a lot tougher. Dealers, just like the rest of Britain, will be crossing their fingers and hoping Boris/Hunt (delete where applicable) will be able to pull some magic out of the hat in time for Halloween. For all our sakes.

James Baggott is the founder of Car Dealer Magazine and chief executive officer of parent company the Baize Group, an automotive services provider. He now spends most of his time on Twitter @CarDealerEd and annoying the rest of us.