Home > Columns > Litton: Reasons to be cheerful and confident in 2014 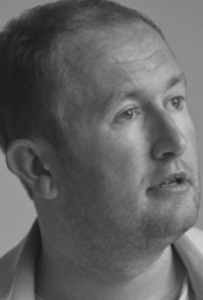 Litton: Reasons to be cheerful and confident in 2014

MOTOR dealers are perennial harbingers of doom. When the used car market is busy, we moan that used cars are too expensive. When the SMMT figures are up, everyone cries pre-reg. You could argue this is the British prerogative.

There is no doubt, however, that the economy does seem to be picking up, particularly in the retail sector.

Poundland, Pets At Home and McColls have all announced that they intend to float on the London Stock exchange in 2014, and 2013 saw the highest number of entrants to the stock exchange since 2007.

With interest rates steady, inflation at a manageable level and the pound still relatively weak, I think there is reason to be confident in 2014.

Mercedes has another exciting year ahead, with another tranche of new models. The GLA fills a gaping void in the small SUV market, the new C-class promises to delight both retail and fleet customer alike, and the S-class coupe is a thing of beauty.

JLr cannot build cars quickly enough to satisfy demand. On a recent flight to Munich, I sat next to a project manager for JLr who spoke of the epic plans for the new site in Wolverhampton. every new JLr model looks fantastic, and the fact that British jobs are secure in the long term is a credit to Tata.

The innovative i-range from BMW looks set to create an interesting proposition for customers, and the Korean brands go from strength to strength.

Mainstream brands such as VW, Ford and Vauxhall know exactly who they are and continue to work hard with a good product line-up and creative marketing campaigns.

Manufacturers now need to support their retailers if profitable times return. Hyundai’s recent corporate identity change announcement was no doubt met with indifference by its network. Dealers need a sustained period of profitability to secure their long-term future, to invest in premises, people and process, to safeguard against a repeat of 2007.

Who is James Litton?

James is sales manager at Tony Purslow Mercedes-Benz, Guildford. He always has something to say about the industry he loves.