Travellers from across South America have been banned from entering the UK amid growing concerns about a mutant coronavirus strain which has emerged in Brazil.

The ban which also covers the Central American state of Panama and Portugal – due to its strong travel links with Brazil – and the former Portuguese colony of Cape Verde, came into force at 4am today.

Scientists analysing the Brazilian variant believe the mutations it shares with the new South African strain seem to be associated with a rapid increase in cases in locations where there have already been large outbreaks of the disease. Transport Secretary Grant Shapps described the ban as ‘precautionary’. 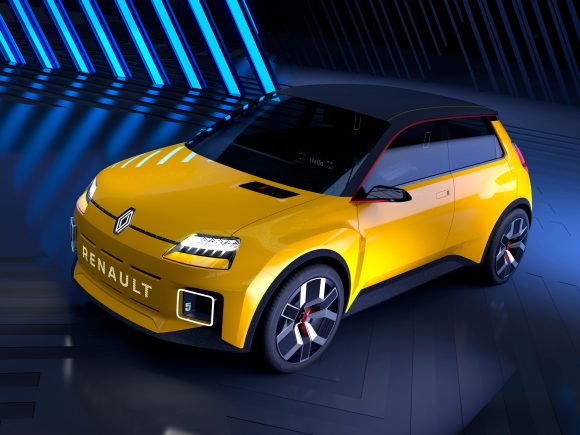 Renault has announced that it will launch a modern interpretation of its classic 5 hatchback, reborn as an electric vehicle.

The striking Renault 5 Prototype takes design inspiration from the French firm’s popular hatch, which was in production between 1972 and 1985. It found favour with all manner of drivers thanks to its clever packaging and compact size.

The electric 5 will form part of Renault’s EV offensive, which will see seven fully electric vehicles launched by 2025. It was announced yesterday as part of the Groupe Renault’s ‘Renaulution’ strategic plan, which brings a shift from focusing on volume in favour of increasing value and profitability.

Grey has retained its spot as the UK’s most popular new car colour for the third year in a row.

Some 24.4 per cent of all new cars registered in 2020 were grey, according to data from industry body the Society of Motor Manufacturers and Traders.

It was a monochrome top three with black in second place with 19.9 per cent, followed by white (17.4 per cent).

President-elect Joe Biden is to unveil a 1.9 trillion dollar coronavirus plan in a bid to turn the tide on the pandemic.

He wants to speed up the vaccine rollout and provide more financial help to individuals, states and local governments and businesses struggling with the prolonged economic fallout.

Called the American Rescue Plan, the legislative proposal would meet Biden’s goal of administering 100m vaccines by the 100th day of his administration, while advancing his objective of reopening most schools by spring. 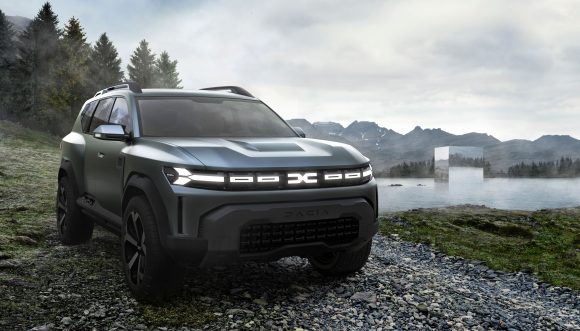 Dacia has revealed a new concept – called the Bigster – which will take its place at the top of the firm’s range of SUVs.

Designed as a more affordable entry into the C-segment, the Bigster Concept focuses on value and back-to-basics robustness – key attributes of the wider Dacia range.

Measuring 4.6 metres long – slightly more than the 4.3-metre-long Duster. It comes as part of a serious new model push for the brand, as well as an announcement of a link-up between Dacia and Lada within the wider Groupe Renault. Lada looks set to launch four new models by 2025, but not in the UK.

Holiday firms have attributed a spike in bookings from older people to the development of coronavirus vaccinations.

The pandemic has wreaked havoc on the UK’s travel industry, with demand plummeting and thousands of jobs being lost.

Leisure travel is currently banned due to lockdown rules. But the launch of Covid-19 jabs has led some people who will be prioritised for the vaccine to book long-awaited trips. Tui, the UK’s largest tour operator, said half of bookings so far this year have been made by people aged over 50.

Pub, restaurant and bar sales plummeted by almost three quarters in December as escalating restrictions made it a ‘dreadful’ Christmas for hospitality firms.

The Coffer Peach business tracker of sales across hospitality groups revealed that total sales dived by 72.6 per cent over the festive period, typically the sector’s busiest time of the year.

The figures – which are compiled by consultancy CGA, industry advisers The Coffer Group and finance firm RSM – showed that bars were particularly hard hit by restrictions with sales down by 87.2 per cent against the same period last year.

Google has completed a £1.5bn takeover of fitness wearable maker Fitbit, the firm has announced.

The tech giant’s parent company Alphabet revealed acquisition plans back in November 2019, allowing Google to grab a share of the smartwatch and health tracker market.

Regulators across the world have been scrutinising the deal amid concerns about data and privacy.

Tesco has taken some payments made at its petrol stations months after the transactions were first made, it has emerged.

MoneySavingExpert.com said shoppers who have incurred bank charges due to the delays should ask the supermarket giant to reimburse them.

Tesco said: ‘We appreciate this may be inconvenient for some customers and we are very sorry to anyone affected by this.’

London’s top shares broke their three-day losing streak yesterday as traders across the globe readied themselves for the Joe Biden era in Washington.

Markets in Europe woke up in a good mood, and by 9.30am the FTSE 100 had settled near the level it would bow out at seven hours later.

Ice and fog around

The BBC says today will be mostly dry, with patchy cloud, and some sunny spells. Fog may linger in the east, and there may be the odd wintry shower in Scotland. Later, Northern Ireland will see rain.

Tonight, starting in Northern Ireland, a band of rain will move over the western and central UK during the early hours. Northern England and Scotland will see snow, and elsewhere in the west will have rain.

Tomorrow will begin wet and windy for most, with rain and snow throughout England and Scotland, clearing to the east later. It will then be largely clear, but further outbreaks of rain in Scotland.