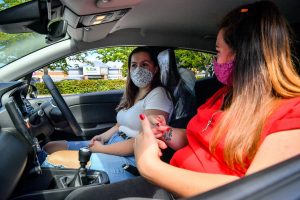 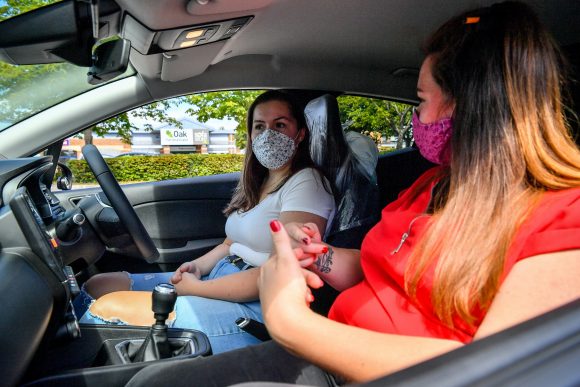 One in 50 have coronavirus

New figures suggest one in 50 people had coronavirus last week. Data from the Office for National Statistics suggested 1.1m people in private households in England have Covid-19.

MPs will return to Westminster today to vote on regulations enforcing England’s national lockdown as the stringent restrictions entered into force overnight amid spiralling coronavirus cases. The measures are expected to pass with ease, with Labour set to support the motion.

GCSE and A-levels cancelled in England this year

This summer’s GCSE and A-level exams in England have been cancelled.

Exams regulator Ofqual and the Department for Education (DfE) will work together to consider how to grade pupils in a way that reflects their hard work, the department said.

Education Secretary Gavin Williamson is due to outline to MPs today a package of support for young people following the closure of schools and colleges to all but vulnerable children and those of key workers.

Vaccine rollout is ‘our path out’ of high unemployment

Business leaders have said they will be putting pressure on the government to deliver vaccine promises in order to limit the economic damage of the latest national lockdowns.

The Prime Minister has laid out plans to vaccinate 13m of the most vulnerable people by mid-February, which he said could enable restrictions to be progressively eased from next month.

Neil Carberry, chief executive of the Recruitment and Employment Confederation, said there are ‘lots of reasons to worry about where we are right now’, but the vaccine programme is among the strongest ‘reasons for optimism’ that unemployment levels could ease later this year.

The Driver and Vehicle Standards Agency (DVSA) has confirmed that all driving and riding tests must be put on hold after the government announced new lockdown restrictions.

The ban also applies to all driving and riding lessons, including the CBT, ADI part two and three tests, and standards checks, as well as all theory tests.

Driving and riding tests will be suspended until lockdown restrictions are eased in a way that allows them to take place. Affected candidates are set to receive an email from the DVSA confirming the postponement, while a later email will confirm a rescheduled date.

The third English lockdown looks set to put the UK on course for a double-dip recession in the first quarter after a ‘strikingly downbeat’ end to 2020, according to a report.

A survey by the British Chambers of Commerce found nearly half of all firms (43 per cent) saw sales fall in the final three months of 2020, rising to more than three-quarters (79 per cent) in the hammered hospitality and catering sector.

This compares with 66 per cent of hospitality and catering firms in the third quarter.

Measures may be needed next winter

England’s top medic has said that some restrictions may have to be brought back into place next winter to control the virus.

Professor Chris Whitty said people need to be aware the virus will not ‘disappear with spring’. England’s chief medical officer told the Downing Street press conference that if people stick to the rules ‘really strongly’ and at the same time the NHS is vaccinating as fast as it can, then the lockdown could be ‘enough’.

It is hoped the vaccine programme could get to a stage where no other measures are needed.

The London markets made small gains after early positivity dampened despite the Chancellor announcing a multibillion-pound support package for high street firms.

Trading sentiment cautioned significantly following its buoyant start to 2021, after the Prime Minister confirmed the third English lockdown on Monday.

Morrisons has revealed its car parks will be used as Covid-19 vaccine centres, with three stores hosting jabs from Monday and a further 47 sites being made available to the government.

Chief executive David Potts said the assets of the company are ‘at the disposal of the country’.

He said: ‘We’ll have three stores operating from Monday, January 11, and we have offered up another 47 subject to requirements and availability of the vaccine.’

Electric vehicle owners have voted Tesla’s charging network as the best in the UK.

The findings come from Zap-Map’s annual survey of EV owners who use the site to find charging stations nearby.

The 1,500 respondents rated Tesla’s network 4.8 out of five. Instavolt held onto its second place in the ranking with a score of 4.4, while third place went to Osprey (formerly Engenie), which climbed from eighth last year thanks to a 4.1 rating.

Today will be largely dry and fine, but cold, for much of the UK as north-easterlies ease, said the BBC. Further showers are likely in the east and south-east at times, but will ease later.

This evening, a cold front will bring sleet and snow into the north-west. Elsewhere, clear skies will lead to a sharp frost for much of the UK with some fog developing in the south with light winds.

Tomorrow, the weakening front will continue to bring wintry outbreaks for many northern areas. It will remain dry and fine in the south. Strengthening northerlies will bring further snow in the north.