The UK has recorded its highest number of Covid-19 deaths reported on a single day since the pandemic began, while figures for cases and hospital admissions have also hit record levels.

The government said a further 1,325 people had died within 28 days of testing positive for Covid-19 as of Friday – bringing the UK total to 79,833.

Meanwhile, there were a further 68,053 lab-confirmed cases of coronavirus in the UK, the highest figure reported in a single day since the start of mass testing last May. The number of Covid-19 patients in hospital in England also stood at a record 29,346 as of 8am on Friday, up by 30% from a week ago.

The government has doubled down on its ‘stay at home message’ by launching a new advert (extract video above), fronted by England’s chief medical officer Professor Chris Whitty.

In it, he urges everyone in England to ‘act like you’ve got’ coronavirus. Prime Minister Boris Johnson said: ‘I know the last year has taken its toll – but your compliance is now more vital than ever.’

The advertising campaign will run across TV, radio, newspapers and on social media and will feature images of patients in hospital. In a more positive development, a third Covid-19 vaccine, from US biotech firm Moderna, was given the green light by the Medicines and Healthcare products Regulatory Agency yesterday. 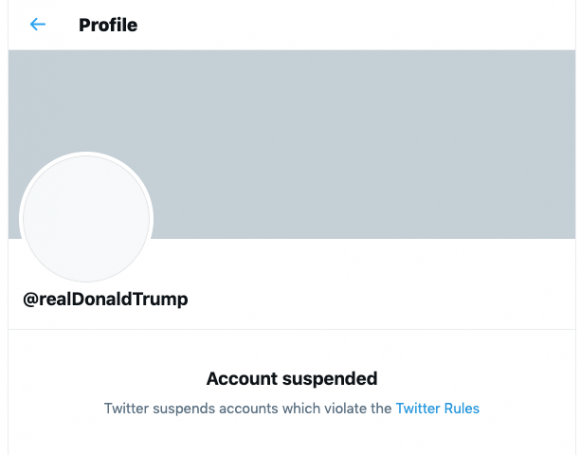 US President Donald Trump has been permanently suspended from Twitter ‘due to the risk of further incitement of violence’, the social media firm said.

It was a significant move against the man who joined the site in 2009 and built his run to the presidency on the back of his online popularity, which led to him finishing his time on Twitter with almost 89m followers.

In a statement on Twitter’s blog on Friday it said it had decided to take action against Trump’s account after a review of two of the President’s tweets posted yesterday found they had violated its ‘glorification of violence’ policy. Facebook has blocked Trump’s account until his term in the White House ends on January 20.

London hospitals will run out of beds within weeks if the spread of coronavirus is not dramatically reduced, the capital’s mayor has warned as he declared a ‘major incident’ across the city.

Sadiq Khan said Covid-19 cases were ‘out of control’ and implored Londoners to stay at home ‘unless it is absolutely necessary for you to leave’ in order to save lives and protect the NHS.

He said that in some parts of the capital one in 20 people has coronavirus – compared to the England average of one in 50 – while there are 35 per cent more people in hospital with Covid-19 than at the peak of the pandemic in April.

A senior government minister has warned businesses and hauliers that there is likely to be ‘significant additional disruption’ at the UK border as a result of Brexit customs changes in the coming weeks.

Cabinet Office minister Michael Gove said efforts to assist would be ‘redoubled’ as traders were urged to ensure their paperwork was in order, with cargo traffic at Dover expected to reach pre-Christmas levels again next week.

It comes as major parcel courier DPD paused some delivery services into Europe – including Ireland – because of pressure caused by new post-Brexit red tape.

Deutsche Bank has agreed to pay fines and penalties of about 130 million US dollars (£96m) to avoid a criminal prosecution on charges it participated in a foreign bribery scheme to win business in Saudi Arabia.

Lawyers for the bank, which has longstanding ties to President Donald Trump, waived its right to face an indictment on conspiracy charges during a teleconference with a federal judge in New York City.

According to court papers, Deutsche Bank bribed intermediaries to make deals in Saudi Arabia between 2009 and 2016, labelling the payments as ‘referral fees’ for consultants.

Poundland is to shut 44 of its stores from this weekend due to the third lockdown in England.

The discount retailer said it will place a raft of its stores into ‘hibernation’ from today.

It said the vast majority of its more than 800 stores will remain open due its status as an essential retailer. However, it will close the doors to 44 of its shops which have been impacted by an 80 per cent fall in footfall across some high streets.

Online greeting cards business Moonpig is understood to be eyeing up a stock market listing, valuing the firm at more than £1bn.

The plans for a stock market flotation are expected to be set out in more detail as early as next week and will be the first significant listing of the year.

Moonpig has been owned by Exponent Private Equity since 2016 as part of a deal to buy parent company Photobox, which makes personalised photo gifts.

House prices in December were 6 per cent higher than in the same month a year earlier, Halifax said.

However, a month-on-month price increase of 0.2 per cent was significantly down on a one per cent increase in November, the report added.

London’s top index came close to breaking its perfect 2021 so far, but notched up a fifth straight day of gains instead yesterday. 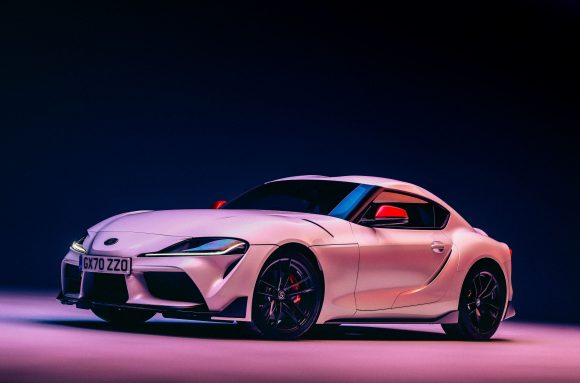 Toyota has expanded its Supra line-up by bringing an entry-level model to the UK.

The GR Supra 2.0 gets its name from the 2.0-litre, four-cylinder petrol engine under the bonnet. Toyota says this contributes to the car being 100kg lighter than the 3.0-litre, six-cylinder model.

The BBC says much of England and Wales will be dry, but cold with low cloud and fog slow to lift in places today. Patchy rain will arrive in Scotland and Northern Ireland with a risk of ice in parts of western Scotland.

Tonight will be cold across Wales under mostly clear spells. It will be cloudier in southern England and Scotland with patchy rain moving southwards.

It will stay cloudy tomorrow across the northern half of the country with spells of rain affecting north-west Scotland. Clouds will extend towards Wales, generally staying dry and fine in the south.