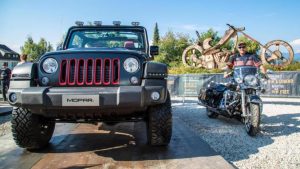 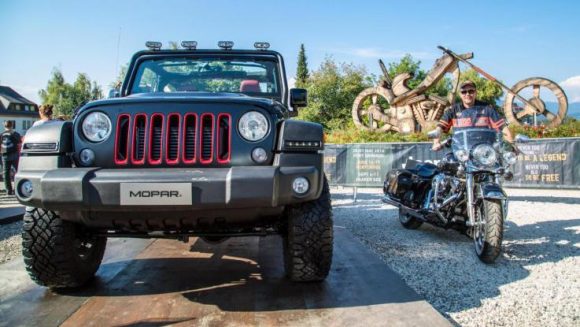 Jeep joins with Harley-Davidson to target bikers for 75th anniversary

JEEP has joined with another iconic American brand to help celebrate its 75th anniversary. 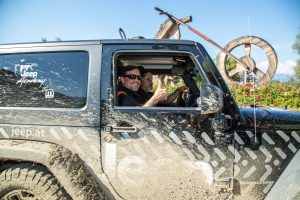 Bill Davidson gives the thumbs-up at the event

The 4×4 brand teamed up with motorcycle maker Harley-Davidson to appear at European Bike Week, held at Lake Faak in Austria.

The guest of honour at the gathering was Bill Davidson, who is the great-grandson of one of the founders of Harley-Davidson and is the vice-president and head of the Harley-Davidson Museum in Milwaukee.

A high-tech attraction available to the public, the Jeep time machine, allowed visitors to ‘travel’ in time thanks to clever technology. Visitors were able to enjoy an engaging adventure ‘on board’ some of the models that have featured during the history of brand.

Through the use of a 360-degree video, the time machine offered visitors the thrill of driving historical vehicles and visiting the eras in which they were created. 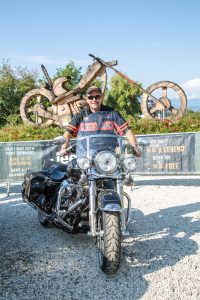 Bill Davidson with a Harley at the event

Jeep was one of the first carmakers to create video via the new 360-degree technology available on Facebook and YouTube, and was the guest of honour at the Harley Village, the centrepiece of each Harley event, which in Austria covered an area of about 1,000 square metres.

For the public it was an innovative and exciting way to get closer to the Harley-Davidson and Jeep brands – both say they share values of ‘passion, freedom and a sense of belonging’.

On SuperUnleaded,com: Block Is Back For Gymkhana 9!