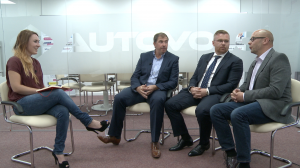 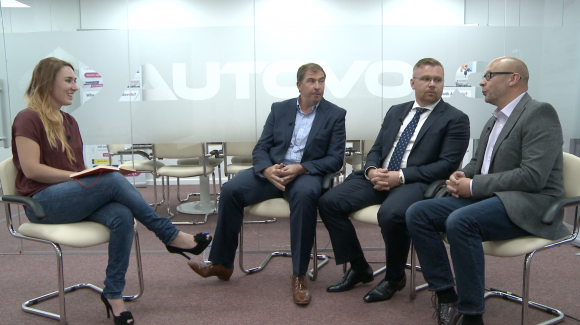 JIM REID will be taking the helm of AutoVolo’s dealer council, the company revealed on Trade Plates TV last night.

In the most recent issue of Car Dealer Magazine, AutoVolo announced it would be giving shares in its business to dealers that registered for it’s ‘1000 Voices’ scheme.

This gives dealers a say in how the business is run and training in how to make the most of the service, which will be headed up on the dealer side by Reid.

The director of Jim Reid Vehicle Sales, in Inverurie near Aberdeen, explained: ‘I think there’s a real appetite from dealers out there for change. In the car classifieds market we all know there’s been one main player out there for years and years.

‘The way I look at it, there are three ways that dealers can go. We either stay with what we’ve got now and moan continually about the costs of advertising. The second option is a dealer only run website, but who runs that and where does it come from, where’s it funded from? Most dealers can’t even agree with each other, so how do we get a group together without being policed?

‘Or do we go with someone like AutoVolo who has already got some traction in the market place and fantastic growth?’

There is more to gain from joining the dealer council than having a say in how the business is run, although the CEO of AutoVolo, Stefan Voloseniuc, said this would be a large part of it. The team will also be providing training on improving the sales process.

He said: ‘Their influence will be maximum. They’re going to have 20 per cent and I would like to treat this as a family.’

Adding: ‘We’re prepared to spend the time once we have this 1000 Voices set up. We’ll have quarterly meetings with them and help them learn how to improve the selling process.’

When asked if this would be available to all, Voloseniuc explained that he only wants the best dealers involved and that Reid will be sharing his expertise to ensure that happens.

‘We have Jim here to make a good assessment, he has a lot of experience. Even today we were going through phone calls [made through AutoVolo’s website] and he said “there’s a lot to be changed”,’ Voloseniuc explained.

Reid explained that when he was first approached by the business, he wasn’t sure what to think.

‘I was really sceptical when I came down a few weeks ago. I had these guys telling me about air-fresheners and getting their name out on buses, but it’s back-to-basics advertising,’ he said.

Stuart Askey, sales director at AutoVolo, explained: ‘It’s about putting the brand where the motorist is on a day-to-day basis offline. We’ve got a few new partnerships that we can’t divulge too much about yet but, hopefully, by September we’ll be in 500 to 600 locations around the UK.’

Click play on the video below to find out all that the trio had to say about the scheme and the future of car classifieds.

MORE: Watch the latest news from the automotive industry in one video