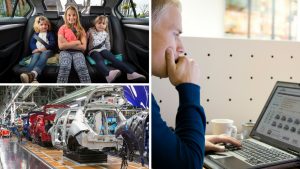 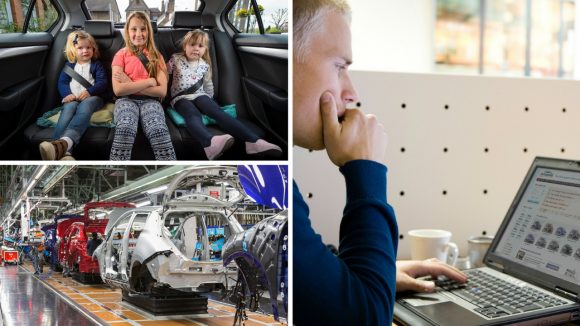 Watch the latest news from the automotive industry in one video

IN THIS week’s Trade Plates TV news video find out what Nissan boss Carlos Ghosn has had to say about Brexit’s effect on Sunderland, what was the best selling car in July and how much the average dealer made in June.

Nissan boss ‘reasonably optimistic’ about Britain’s role in Europe
Carlos Ghosn told the BBC: ‘I don’t think today you can talk about any impact before we see what is the new status of the UK. The question of Sunderland – Sunderland is a plant which is a European plant based in the UK.’

July sees a race for family cars as households head off for summer holidays
Family cars were the UK’s fastest sellers in July – the month for holidaymakers – according to Auto Trader. Citroen’s people carrier, the C4 Picasso, was the country’s fastest selling car taking just 18 days from forecourt to buyer. Hot on its heels was Seat’s now discontinued Altea XL.

Falling consumer confidence to increase level of warranty upgrades
Falling consumer confidence is likely to lead to more used car buyers opting for longer and more comprehensive warranties, says The Warranty Group. Ian Simpson, European managing director of automotive, explained that warranty sales could be countercyclical and that, during the last recession, warranty upgrades had increased.

More than 60 per cent of visits to dealer websites via mobile devices, says iVendi
The increase in used car buyers using mobile devices to access dealer websites is continuing at a pace, according to new figures from iVendi. The figures show that last month, 64 per cent of all visits logged through the iVendi Platform’s consumer areas were by smartphone or tablet, compared to 36 per cent via a laptop or desktop PC. This has increased from a 60 to 40 per cent mix in January.

The average UK retailer made a profit of £42,000 in June, says ASE
Profitability for the first half of the year was on a par with the prior year, albeit with a slight fallback in the second quarter. Over recent quarters the increased losses suffered in the mid-quarter months have been more than compensated for with very strong closing months as bonuses are banked. This was unfortunately not the case in Q2, with June failing to outperform to the same extent.

Vantage invests £900k in Bradford Kia dealership
Vantage Motor Group, the fast-growing motor retailer with 26 dealerships across the North and Midlands, has invested £900,000 in building a brand new Kia showroom in Bradford. Based in Bradford, the state-of-the-art showroom, which opens this month, is Vantage’s second Kia dealership.