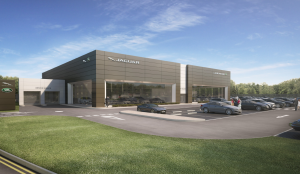 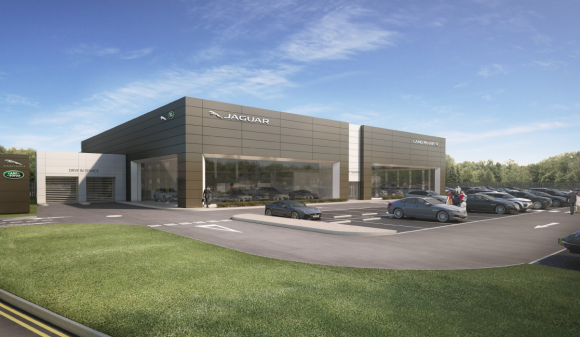 Jobs boost as JLR showroom plan is given the go-ahead

Planning committee members on the city council unanimously gave the go-ahead yesterday for the two-storey building on a 1.62-hectare site south of the main entrance to Lakeside Business Park, North Harbour, which it is said will bring 120 skilled jobs. It will replace the current Guy Salmon dealership, which is in Compass Road.

The 5,432 sq m showroom will have space for 18 vehicles and will also boast a two-bay MOT test centre as well as a 26-bay workshop and valet services.

The Portsmouth News quoted Cllr Luke Stubbs as saying: ‘If the city wants jobs and growth then it is going to have to be flexible. We just don’t need huge floor spaces and lots of workers these days. That’s the choice we are seeing and this is a good scheme that will bring work for a sizeable amount of people.’

The proposal was originally submitted last year but has taken this long to get through the planning process as a variety of organisations and authorities needed to have an input on the impact that the development would have, and various clarifications were sought.

According to a report to the committee, although Lakeside is an office-led site, marketing of the plot failed to raise any viable interest in its use as offices.

Work on the showroom needs to begin within three years of the date of the conditional permission being granted.