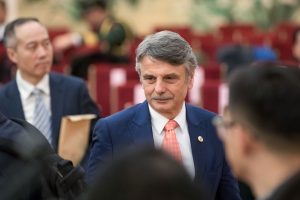 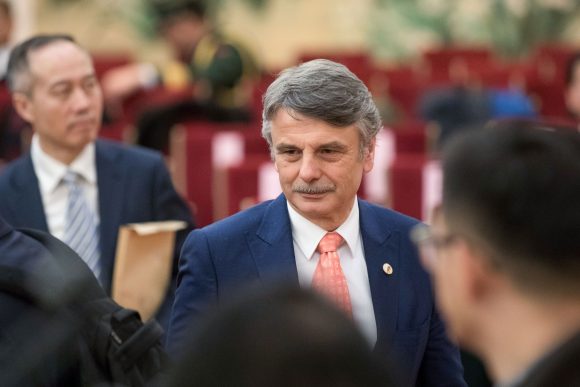 Hard Brexit will have horrifying results for us, JLR chief tells PM

THE boss of Jaguar Land Rover has warned Theresa May that a ‘hard Brexit’ will wipe out his company’s profits, resulting in the loss of tens of thousands of jobs.

Addressing the UK’s first Zero Emission Vehicle Summit in Birmingham directly ahead of the prime minister, Ralf Speth described the prospect of a cliff-edge break with the EU as ‘horrifying’.

He said that if the ‘wrong decisions’ were taken in the negotiations with Brussels, it could result in the ‘worst of times’ for the UK while the cost to Jaguar Land Rover would be more than £1.2 billion a year.

His stark intervention follows similar warnings from other industry bosses, including Airbus and BMW, about the potentially damaging consequences of Britain’s decision to leave the EU.

‘We are firmly committed to the UK, it’s our home. But a hard Brexit will cost Jaguar Land Rover more than £1.2 billion a year – it’s horrifying, wiping our profit, destroying investment in the autonomous, zero-emissions [technologies] we want to share.’

He added that the loss of jobs would be ‘counted in the tens of thousands if we do not get the right Brexit deal’.

His warning came as May pledged a £106 million funding boost for the development of zero-emissions vehicles.

The prime minister said it was her ambition to make Britain a leader in the green technology field, while making traffic pollution ‘a thing of the past’.

MORE: May to unveil push for UK to be a leader in green vehicles