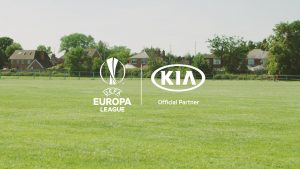 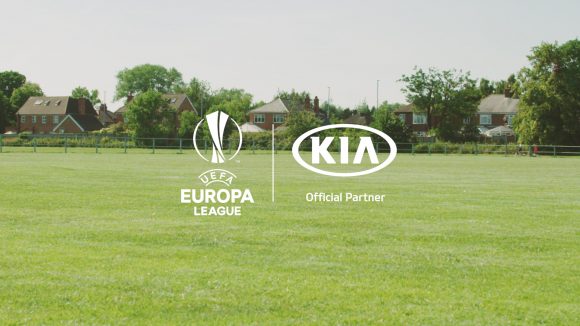 A Kia dealership in Warrington helped reward an amateur football team that went above and beyond for their community during the coronavirus crisis.

Chapelhouse Kia delivered a special kitbag to each individual player at Eagle Sports FC, after the club was chosen by official UEFA Europa League partner Kia Motors as it wanted to celebrate the return of football by shining the spotlight – or should that be floodlight? – on an amateur team for the positive impact they’d had in their area, even though they’d also been affected by the pandemic.

Eagle Sports were chosen because of their fundraising for healthcare workers.

Not only did the club have a surprise Zoom call from twice-UEFA Europa League winner Juan Mata, who is currently in the UEFA Europa League 2019/20 competition, but Kia also arranged for the lucky players to receive Give Back kitbags.

David Hilbert, marketing director at Kia Motors (UK), said: ‘The return to football for professional clubs has been extremely challenging – even more so for amateur clubs.

‘Amateur football clubs are so important for local communities and have a positive impact. This is one example of this, so to be able to support this initiative is Kia’s way of giving back as well.’

In April, the club decided to raise funds through a 5km challenge. Every player and staff member walked or ran 5km, donating a minimum of £5, with many of them completing the challenge a number of times. The club also opened up the challenge to fans.

A total of £1,235 was raised, with £620 given to Warrington & Halton Hospitals and £615 going towards the running and maintenance of the Cheshire Football League club, who rely heavily on funds generated on match days as well as regular income from players, sponsors and supporters during the season. The lockdown restrictions ended their season early, meaning they missed out on important opportunities to secure funds.

Radio and football presenter Reece Parkinson joined club secretary Danny Nixon to talk through what they had achieved before joining the team Zoom training session.

Spanish-born Manchester United midfielder Juan Mata then surprised the team when he joined the call to congratulate them on their fundraising and to wish them good luck when retraining starts.

Chapelhouse Kia, which is in Milner Street, Warrington, delivered each Give Back kitbag individually, and Phil Clay, Chapelhouse Group operations director, said: ‘With a former player of Eagle Sports FC working here at the dealership, when we were given the chance to deliver the kits personally it was an immediate yes.

‘The support for the local hospitals that the team have shown has been amazing – especially given their own financial predicament. It just shows how pulling together as a community means we can all give something back.’