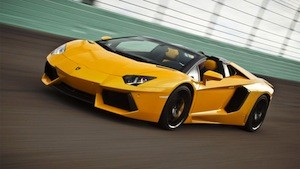 Lamborghini showroom to open in Leicestershire

The dealership will be based on the same site as Bentley Leicester in Syston and work has already begun on expanding the premises.

Based on Watermead Business Park, Bentley Leicester hosted a ribbon-cutting ceremony to mark the beginning stages of the development, which has seen the premises expand to incorporate the new business.

The event, which marked the completion of the new bodyshop and valeting area, was hosted by Bentley Leicester’s dealer principal, Sean Cook and director of Raynsway Properties, Giannina Rayns.

An unknown seven-figure sum is being invested into the development of the new supercar showroom, which is set to house 10 cars along with a specialist servicing area.

According to the Leicester Mercury, the new dealership will be the UK’s seventh Lamborghini retailer, while the investment in the Bentley site has also created a number of new jobs in both the bodyshop facility and showroom.

Rayns said: ‘Such an investment here at Watermead Business Park and in the north of Leicester proves once again that the county is the place to bring and develop a well-known and prestigious franchise and we hope this will encourage other businesses to do the same.’

Cook added: ‘This expansion will allow us to cater for all aspects of our customers’ needs and the addition of the Lamborghini brand will complement our Bentley business, while raising our profile in Leicestershire and the surrounding counties.’