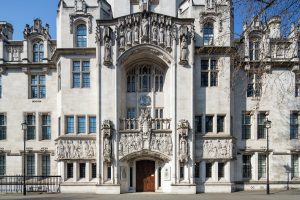 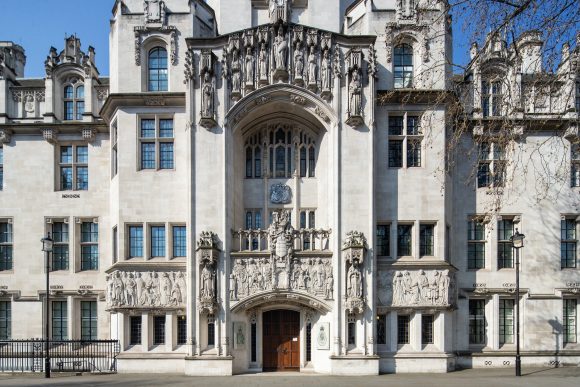 A £1.2bn battle over UK businesses’ ability to claim on insurance for coronavirus-related disruption has begun at the Supreme Court.

The Financial Conduct Authority (FCA) earlier this year brought a test case over the wording of business interruption insurance policies, as reported by Car Dealer.

Some insurers argued the polices did not cover the Covid-19 pandemic.

The FCA said previously it was bringing the legal action following ‘widespread concern’ over ‘the lack of clarity and certainty’ for businesses seeking to cover substantial losses incurred by the pandemic and subsequent national lockdown.

In September, the High Court ruled on several ‘lead’ insurance policies issued by eight separate insurers largely in favour of the FCA.

At the time, the FCA welcomed the judgment as ‘a significant step in resolving the uncertainty being faced by policyholders’.

The regulator, however, argues the judgment ‘paved the way for many insurance policies to pay indemnities on Covid-19 business interruption claims’, but also ‘took something away with one hand after giving more substantially and in detail with the other’.

Six of the insurers – Arch, Argenta, Hiscox, MS Amlin, QBE and RSA – are also appealing against aspects of the High Court’s ruling, as is the Hiscox Action Group, which represents around 400 businesses insured by Hiscox.

The Supreme Court is this week hearing ‘leapfrog’ appeals – which have bypassed the Court of Appeal – in a case which could have implications for hundreds of thousands of businesses affected by coronavirus.

The purpose of the proceedings is to determine what liability, if any, the policies impose on the insurers towards businesses that have been affected by the Covid-19 pandemic

At the outset of the four-day remote hearing on Monday, the Supreme Court’s president Lord Reed explained the court was hearing ‘appeals in proceedings brought by the FCA against a number of insurers’.

He added: ‘The proceedings are test cases concerned with business interruption cover in insurance policies.

‘The purpose of the proceedings is to determine what liability, if any, the policies impose on the insurers towards businesses that have been affected by the Covid-19 pandemic.’

In its written case, the FCA says the High Court’s findings on ‘prevention of access clauses’ – which are ‘triggered by public authority intervention preventing or hindering access to’ business premises – ‘may have the effect of reducing the commercial utility of such wordings almost to vanishing point’.

Colin Edelman QC said the High Court’s ruling could also mean ‘a business ordered to close by the government, or that closed voluntarily due to the effects of Covid-19 on business and inessential journeys, may recover nothing even after being mandated to close by legislation’.

He added that the court’s findings could result in ‘a business that closed on March 20, 2020 when given the prime minister’s – non-binding – instruction to do so might be said to get nothing, whereas a business that ignored and would have continued to ignore that instruction could claim all or most of its loss when shut down’.

The policy will not respond, however, to business interruption caused by a national lockdown imposed to contain or control the transmission of a notifiable disease.

Michael Crane QC, representing QBE, said his client was challenging the High Court’s decision in relation to ‘so-called disease clauses’, which are triggered by the occurrence of a disease within a specific distance of the insured businesses’ premises.

He argued in written submissions that QBE’s disease clauses provided cover ‘for interruption of or interference with the insured business’ in relation to infectious or contagious diseases within 25 miles of the business.

He added: ‘The policy will not respond, however, to business interruption caused by a national lockdown imposed to contain or control the transmission of a notifiable disease, when there is no evidence, or even suggestion, that the business interruption was the result of any local appearance of the disease.’

John Lockey QC, representing Arch, said in written submissions that insurers should be allowed to adjust insurance claims to take into account ‘the reduction in turnover which the policyholder would have suffered in any event, even if the insured premises had not been closed’.

He also argued: ‘A policyholder is not entitled to claim from Arch any loss of gross profit which would have arisen from other aspects of the Covid-19 pandemic, such as the national lockdown or the effects of social distancing advice, even if the premises had remained open.’

Ben Lynch QC, representing the Hiscox Action Group (HAG), said the businesses the HAG represented ‘have, due to the emergence of Covid-19 and restrictions imposed by government, suffered devastating losses and desperately need the financial support that an indemnity from Hiscox would provide’.

He added: ‘As for many thousands of other small businesses, this litigation is a matter of commercial “life or death” for the majority of the HAG claimants, all with businesses, and many with families, to support.’

The hearing is due to conclude on Thursday afternoon and it is expected that the court will reserve its judgment to a later date.