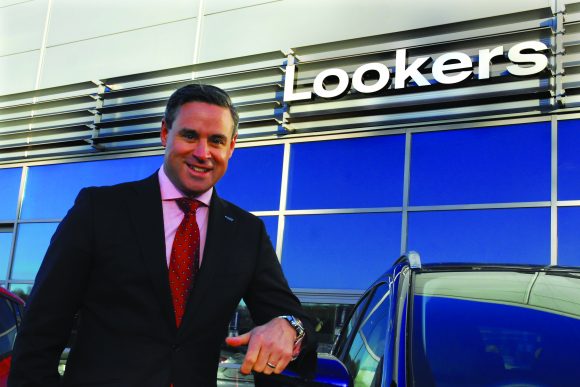 Lookers is on track for a record year, says COO Nigel McMinn

LOOKERS is on track for a record set of full-year results, according to its chief operating officer, Nigel McMinn.

The dealer group released its half-year figures this morning, which revealed a 14 per cent drop in pre-tax profits. However, McMinn, pictured, is insistent this was foreseen and that the group is in good shape.

Speaking exclusively to Car Dealer Magazine, McMinn said: ‘We are very confident about hitting the market expectations for the year, which would be a new record for us. We feel the full year will follow a more normal 60:40 split between the first half and the second half.

‘Last year was heavily distorted by a very strong, buoyant market in March, largely driven by tax changes. Until the back end of that year, we didn’t really see much of a drop-off. We saw an artificially low second half and I think this year we’re on track to produce a good year and a more normal split, driven by limiting the damage on the declining new market, but, more importantly, driving forward the organic growth in used and aftersales.’

The driving force behind this confidence is the group’s strong performance in used car sales and aftersales, as McMinn explains: ‘The growth in used and aftersales is the most pleasing part because it’s growth on growth on growth. It’s never stopped organically growing like-for-like in the last six or seven years.’

‘When you look back over three or four years, the used growth has been about 30 per cent and it’s driven us up to about 1.4 used cars to every one new car, whereas it was closer to one-on-one about four years ago. We think that’s something that there’s real momentum behind and will continue over the coming years.’

The drop in profit was something that McMinn saw coming, but less expected was the rising cost pressure, which the group can’t do much to combat in some cases.

‘The thing that’s inescapable is the cost pressure,’ said McMinn. ‘We saw a pretty significant escalation in costs in some areas. We’ve seen them come in property, with higher rents even on existing premises going up very significantly this year. Other associated property costs, such as utilities, gas and electricity, have had double-digit increases, so property-related costs have been difficult to mitigate. While we’ve managed to mitigate this with increased productivity, our people costs and payroll is in excess of £250m.’

McMinn told us that these results indicate that Lookers will be able to grow organically and consolidate, saying: ‘We are very comfortable that we can keep organically growing through very selective acquisition opportunities.

‘We’re comfortable that we can carry on being a very solid performer with a very strong balance sheet, and our focus is on being a high-quality partner for our OEM manufacturers and being operationally excellent at what we do for them. That in itself will bring organic growth.’

MORE: Lookers’ pre-tax profit drops by 14 per cent for first half of year

MORE: Lookers sells HQ for around £5m and will remain there on a lease basis