Six-month MOT extension for all cars 'should be ended now'

How manufacturers are launching cars to the media during the pandemic

by Darren Cassey
in News

Like many business sectors, the car industry has been thrown into disarray by the coronavirus pandemic, with production halted, customers drying up as dealerships close, and new product launches being delayed.

However, one section you might not have considered is the not-so-humble media launch, which manufacturers use to create buzz about new vehicles.

It usually involves flying journalists from around the world to one location to see and drive the car, as well as interview manufacturer bigwigs.

They’re very much like dealer product days, where you’ll travel to learn about new vehicles to help you sell them better to the public.

The cynical view is that media launches are just lavish events that encourage journalists to be nice about cars so they don’t get kicked off the next one – while we rarely leave Europe, I’m sure Audi didn’t have to fly me business class to Cape Town to test the new A7, for example. There might be some truth in that cynicism, but the reality is it’s also cheaper to fly lots of people into one place than transport cars to journalists around the world.

The pandemic has changed things, though, and manufacturers have been thinking on their feet. We’ve taken a look at how they’re adapting, and whether things will return to normal.

The digital launches so far

The cancellation of the Geneva motor show in March put a pin in lots of manufacturers’ plans. It’s the biggest car reveal event of the year, and suddenly it had vanished into thin air.

Perhaps the most fun improvisation came from Morgan – the benefits of being a small company allowed it to have an idea and execute it swiftly. 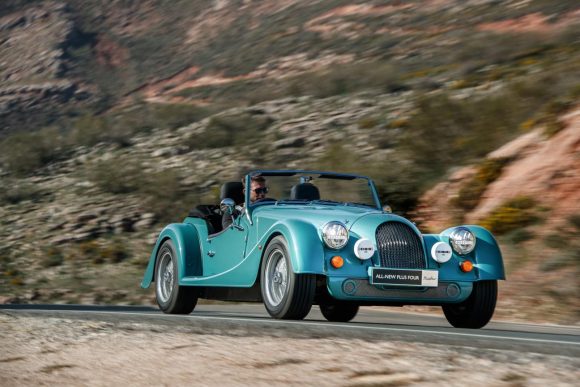 Head of design Jonathan Wells drove the new Plus Four back to the UK from Switzerland, tweeting along the way. The car was then revealed to prospective customers in a small studio at the company’s Malvern headquarters and live streamed online.

Live streaming has been embraced by companies big and small. Most major launches these days are broadcast online anyway, so all that’s changed is perhaps the location and the lack of audience.

After Geneva, the likes of Audi, Mercedes-Benz and McLaren streamed press conferences online, and since then, Toyota revealed the Yaris Cross online, with Alfa Romeo doing the same for the facelifted Stelvio and Giulia Quadrifoglio models.

Called Meet Mercedes Digital, it will be a bit like watching a news broadcast with it being based in a studio with updates about new products and interviews with executives, as well as external segments from test tracks and production lines. The Mercedes Me media app will send out push notifications to remind you to tune in too.

Katja Bott, head of global communications at Mercedes-Benz Cars and Vans, said: ‘Such a format can certainly not replace personal exchange.

‘However, in times of international travel restrictions and the absence of live events, we try to exploit all technical functionalities of our already established and proven Mercedes Me media digital platform.’

The first episode will be broadcast on Monday (May 25). It will be an executive update discussing production restarting and the future of the brand. 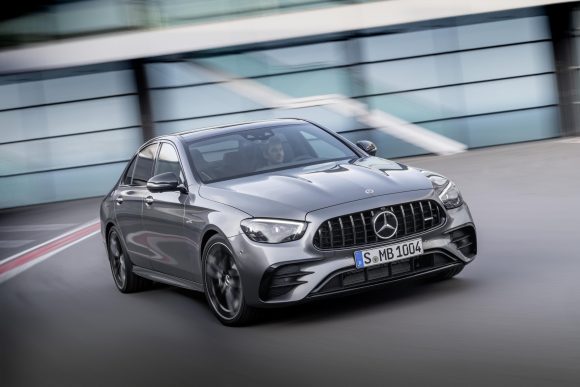 What does this mean for the future?

At its core, this concept from Mercedes isn’t particularly new, it’s more of an evolution of existing procedures.

Even before all this began, most journalists will have been involved in online press conferences and group phone interviews with executives, while other manufacturers have hosted shows that give product updates and inside information.

What’s interesting here is whether it will replace the traditional ‘real world’ format, and honestly, I don’t think it will. Not completely, anyway.

While it might be cheaper to fly people into one location than cars to lots of locations, it’s cheaper still to set up a studio at the factory and broadcast on YouTube.

However, as Bott says above, ‘such a format can certainly not replace personal exchange’ with face-to-face networking likely to still be important – despite the fact we all know Zoom is a great stand in for most situations.

What could change is the ratio of real-world to online broadcasts.

Do you need to go through all the effort of organising a worldwide launch event for the 15th generation of generic hatchback #6? Probably not.

Would it still be a good idea to give journalists face time with engineers at the launch of a game changing new EV, or with senior executives at an end of year address, for example? Probably.

Is this the end of the motor show?

This is a little more up for debate, in my opinion.

Motor shows have long been the bane of a journalist’s existence, sending your step tracker into overdrive as you try to juggle new car reveals with executive interviews.

Since this little thing called the internet has taken off, those sat at home with access to press releases usually know more, and sooner, than those attending anyway.

At the 2019 Frankfurt motor show, for example, I missed the Land Rover Defender reveal because I was interviewing some Honda head honchos. 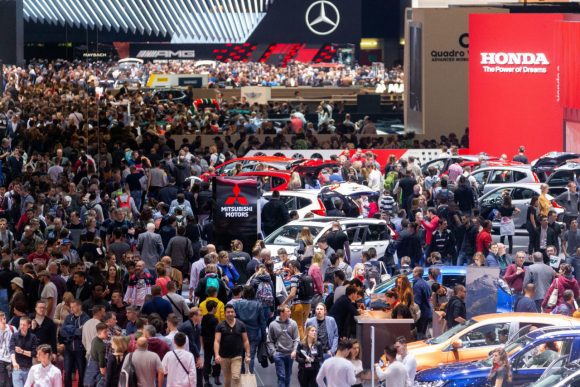 I’d been so busy interviewing all day that by the time I spoke to a Jaguar Land Rover boss at the end of it all I had to admit I’d not had time to read much about the most important car of the show!

From a journalist’s point of view, motor shows could quite easily be replaced with scheduled online broadcasts of car reveals and executives discussing the future of the brand.

Manufacturers could create video chat schedules with important people and it would be just like a virtual round table interview. Face-to-face chats could be reserved for more manufacturer-specific events.

I wouldn’t be surprised if, from a media perspective, an events company comes up with a digital motor show concept that involves all of the above in the not-too-distant future.

Perhaps the key reason motor shows won’t totally die out, reducing to perhaps a handful of major shows, is the general public. These are often the only way most people ever get access to new cars and experience manufacturers. With more and more people buying unseen online, though, perhaps the need to touch and feel is a thing of the past?

Is this all positive change?

Let’s address the selfish elephant in the room – yes, journalists are very lucky to get flown around the world to test drive new cars, even if we are working ludicrously hard while doing it. And yeah, it sucks being stuck indoors all the time at the moment, as it does for most people.

Personally, one of the reasons I worked my bits off for years getting through university and getting in at ground level with a then tiny startup called Car Throttle was because I’m genuinely passionate about the media industry and content creation. I also didn’t want an office-bound job and this seemed ideal.

So when I say I hope manufacturers don’t go too digital in the future, I want you to know it comes from a passion for content creation, not just because I like to travel. 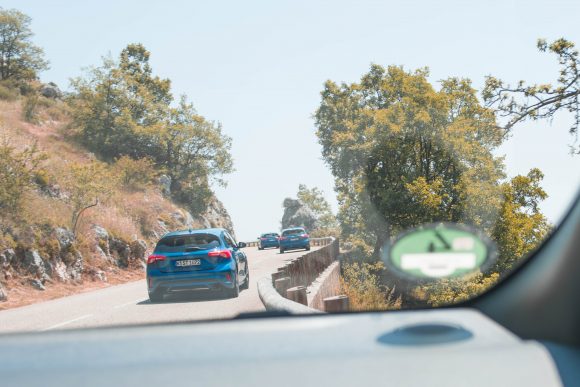 What makes one article stand out from the next is usually down to who went out and went the extra mile. Who went out to find a cool location for photography to supplement a feature. Who found the unique angle on a launch location when everyone else just did a test drive.

Often, just the process of being immersed in a product for a few days gets the creative juices flowing more than sifting through yet another press release at home could ever do.

And there are only so many best-of list posts you can do before you’re no different from any other blogger at home. (And I say that as a big advocate of the list post!)

When it comes to news, that breaking story might have come because you asked a fairly generic question but spotted it made the executive hesitate so you knew to press more. That might be missed in a skipped frame on Zoom.

By getting together, poking and prodding at new cars and challenging execs, we also help to push companies to make better products for you to sell. (Though that might be an arrogant exaggeration of our relevance, who knows?)

So yes, while socially distant car reveals are an important part of our industry in 2020, and they can replace a lot of the pointless events we find ourselves on in the future, I do hope manufacturers still appreciate the power of real content and face-to-face contact – even if we do only get shipped off to the Isle of Wight rather than the French Riviera.

Six-month MOT extension for all cars ‘should be ended now’