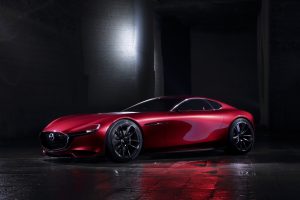 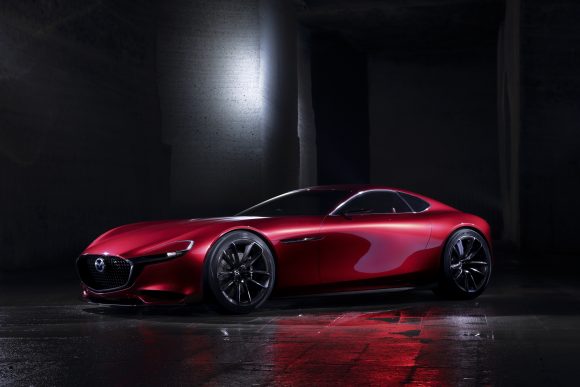 MAZDA’S UK boss is making the strongest possible case with company chiefs for a replacement RX-8 to be given the green light.

UK managing director Jeremy Thomson said he had put forward a ‘robust business case’ with the powers-that-be for a replacement halo model for the brand.

The RX-Vision concept was once again on display at an exclusive design preview event ahead of the Tokyo Motor Show – a strong hint that it could yet go into production.

Thomson said he has been ‘absolutely fighting’ for it to be made, especially given the RX models’ sales success in the UK. 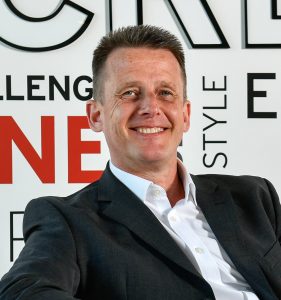 He said: ‘I am as eager as anyone to see it come to life, even though at the moment it’s not a confirmed project.

‘The concept is merely a hint of what we could achieve, but if we could make something as good as that looks for the road then I think customers would celebrate that. I have robustly put the case forward for one to be introduced.’

‘We massively oversold that car relative to expectations,’ said Thomson. ‘It was a phenomenon. Every time we advertised it, it sold not just RX-8s but the whole range of cars around it – it drew attention to Mazda.

‘It was undeniably a sales success. I think it gave us a lot more credibility.’

Thomson said the rotary engine concept could be part hybrid electric if and when it arrives too, adding that the Homogeneous Charge Compression Ignition, or HCCI engine, which Mazda announced recently, could also feature.

HCCI is combustion that does not require a spark and uses compression alone to ignite the fuel/air mixture. This is far more efficient and cleaner than standard engines – giving the efficiencies of a diesel unit in a petrol.

‘We have a clear vision that by 2035 all our cars will not be pure petrol or diesel,’ he said. ‘Having said that, I think our version of an HCCI engine is really intriguing, a world first and a ground-breaking move that has all the benefits of diesel in a petrol engine.

‘This couldn’t be more relevant in the world we’re living in at the moment with the regrettable demonisation of diesel.’

Thomson added that a replacement for the RX-8 – whether badged the same or featuring a new moniker – could be a real boost to Mazda’s sales.

He said: ‘People want a reason to go and shop again and I think if we could bring a sports car like this to market it would be a tremendous opportunity for Mazda in terms of sales and volume and profit, but also in terms of brand halo.’

MORE: Mazda reveals the look for its next generation of car

On SuperUnleaded.com: Five cool cars at the 2017 Tokyo Motor Show