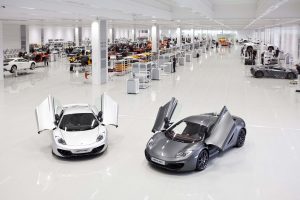 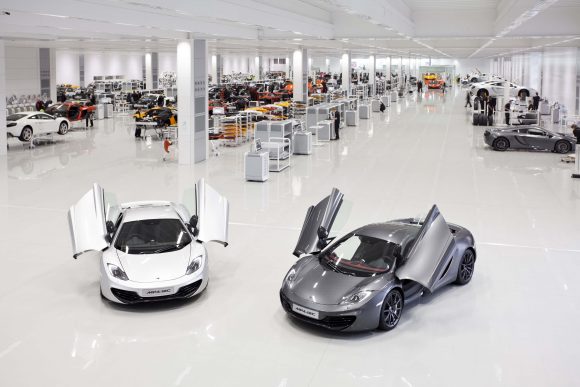 BRITISH sports car manufacturer McLaren will not halt production after Brexit as its chief financial officer says it is ‘well sheltered’ from the economic uncertainty.

Despite most UK-based car manufacturers announcing plans to stockpile parts or halt production altogether, the supercar maker famed for its P1 hypercar and 720S sports car says it will continue building at its current rate.

McLaren group CFO Paul Buddin revealed the firm has been building up reserves of some key parts to smooth production issues, but he is confident the factory can continue at its current rate of 20 units per day.

He said: ‘The Woking production centre will not be held back or halted in any way in light of Brexit and we will continue to build at the current rate of 20 cars per day through the Brexit period – we are not planning a special shutdown.’

That’s not the same story for other UK-based car plants. Honda announced in January that it will halt production at Swindon for six days after Britain’s departure from the EU on March 29, while Jaguar Land Rover, Toyota and Vauxhall have all said they are either stockpiling parts, cutting jobs or planning to halt production lines after Brexit.

Some of these manufacturers only have space in warehouses for days’ worth of parts, not weeks, and delays at borders could see those production lines stopped for even longer.

Buddin explained that McLaren brings in 50 per cent of its parts from continental Europe and as such has plans to boost reserves of these marginally – however, he doesn’t envisage Brexit causing the luxury car firm quite the same headache as more mainstream rivals.

He added: ‘We operate in a different way to the likes of Nissan and Toyota – they based themselves here to take advantage of the European Union; we didn’t. JLR’s issues are more diesel related and we don’t have any of that.

‘We may increase part stocks generally across our range to smooth production through, but there is not one thing we can do to guard against it – it is a big unknown.

‘For us, this is more of a short-term issue. We keep on top of developments with the government and potentially we might see disruption to imports into the UK, but we are prepared and ready to deal with that.’

Buddin pleaded for a deal that offered frictionless borders for import and exports.

He added: ‘We don’t want issues bringing goods in. We bring parts in and we export cars out and therefore we don’t want friction either way.