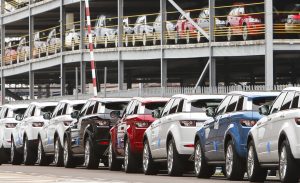 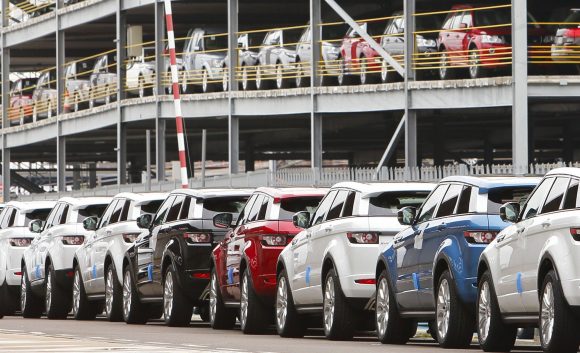 CAR giant Jaguar Land Rover is to cut 4,500 jobs under plans to make £2.5 billion of cost savings, the company has announced.

Most of the cuts are expected to be in the UK, with a voluntary programme being launched.

The savings and ‘cashflow improvements’ will be made over the next 18 months.

The new job losses are in addition to the 1,500 workers who left the company last year.

The company also announced further investment in electrification, with electric drive units to be built at its factory in Wolverhampton and a new battery assembly centre at Hams Hall in Birmingham.

JLR employs 44,000 workers in the UK at sites in Halewood on Merseyside and Solihull, Castle Bromwich and Wolverhampton in the West Midlands.

The firm, owned by Indian conglomerate Tata, booked a £90 million pre-tax loss in the three months to September 30, which compared with a £385 million profit in the same period in 2017.

In China, demand was adversely impacted by consumer uncertainty following import duty changes and escalating trade tensions with the US.

In the UK, “continuing uncertainty related to Brexit” was blamed.

Meanwhile, Ford signalled ‘significant’ cuts among its 50,000-strong European workforce under plans to make it more competitive and make its business more sustainable.

The company started consultations with unions, with details of job cuts not expected until later in the year, although staff based at Warley in the West Midlands will move to Dunton in Essex.

He said: ‘We will invest in the vehicles, services, segments and markets that best support a long-term sustainably profitable business, creating value for all our stakeholders and delivering emotive vehicles to our customers.’

New all-electric vehicles will be offered for all Ford models, while there will be a more ‘targeted’ line-up of models in the future.

He said the announcement was not directly linked to Brexit, but he added that Ford will have to undertake a further review if the UK leaves the EU without a deal in March.

Mr Armstrong declined to say how many jobs will be cut, but he said the impact will be “significant”.

Unite national officer Des Quinn said: ‘Ford’s workforce in the UK is world class in making and developing engines and gearboxes that are shipped all over the globe.

‘Unite is positively engaging with Ford over its plans as we seek to safeguard jobs and look after the interests of all the company’s employees in the UK.

‘We expect the immediate impact on Ford’s UK operations to be limited.’

Mr Quinn said Unite will scrutinise the business case for JLR’s job cuts, and the union expects any UK redundancies to be voluntary.

‘Jaguar Land Rover workers have had to endure a great deal of uncertainty over recent months as they continue to work hard to ensure the carmaker remains a global leader.

‘With record levels of new investment and models set to come on stream in its UK factories we look for Jaguar Land Rover to continue to be a global success and the jewel in Britain’s manufacturing crown.

‘Britain’s car workers have been caught in the crosshairs of the Government’s botched handling of Brexit, mounting economic uncertainty and ministers’ demonisation of diesel, which along with the threat of a no-deal Brexit, is damaging consumer confidence.

‘Government ministers need to wake up and start doing more to support UK’s car workers and their colleagues in the supply chain if Jaguar Land Rover’s recent success is to continue.’