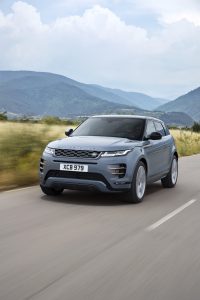 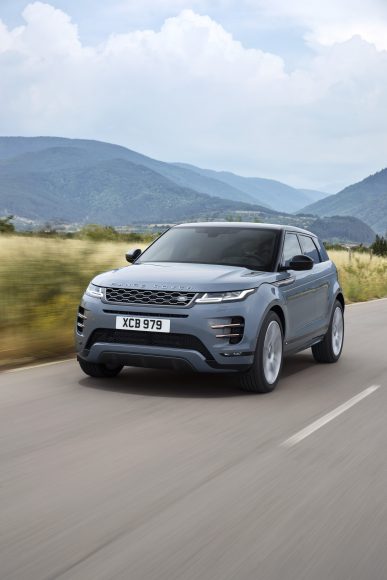 LAND Rover has revealed the second generation of its massively popular Range Rover Evoque, replacing the current model that has been on sale since 2011.

With more than 700,000 units sold worldwide, the Evoque’s been a considerable success for the brand – in 2012 and 2013, it made up over a third of Land Rover sales. Perhaps that’s why the brand hasn’t deviated far from the original styling with this model.

The new Evoque features the latest version of Land Rover’s corporate grille, flanked by distinctive LED daytime running lights and large side air intakes. The sides are made even sleeker by the use of pop-out door handles – a trick first seen on the Range Rover Velar – and the Evoque’s trademark ‘floating roof’ remains, thanks to blacked-out door and windscreen pillars.

Round the back of the car, there’s a further nod to the Velar with a full-width styling element containing the tail lights.

The big news for the Evoque, however, is the new platform on which it sits. The old car used underpinnings that could be traced back to the Mk2 Ford Focus – a throwback to the days when Ford owned Land Rover.

But the new platform – catchily named Premium Transverse Architecture – is bang up to date and, crucially, allows the installation of new hybrid powertrains.

The Evoque will be available from launch with a 48-volt mild hybrid system – uniquely deployable across the entire engine range and consisting of an integrated starter/generator and underfloor battery pack. A plug-in hybrid will follow in around a year’s time, likely to be a smaller evolution of the system fitted to the larger Range Rover and Range Rover Sport PHEV. A three-cylinder petrol engine will also follow.

Initially, however, a trusted range of four-cylinder petrol and diesel Ingenium engines will be offered. The range kicks off with a 2.0-litre 148bhp diesel (the only engine available with a manual gearbox) as well as 178bhp and 237bhp versions of the same engine. On the petrol front, a 2.0-litre is offered with 197bhp, 247bhp and 297bhp power outputs.

Nought to 60mph times range from 6.3 seconds to 10.4 seconds, while up to 44.9mpg is possible from the lowest-powered, manual diesel. All but the basic manual model feature four-wheel drive as standard, with Land Rover’s automatic Terrain Response system for a modicum of off-road capability.

The Evoque is available to order now, with prices kicking off from £31,600 for a front-wheel-drive diesel manual model. The range currently tops out at £50,400 for a 247bhp petrol model in First Edition trim.