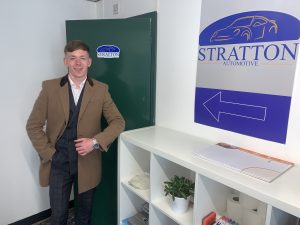 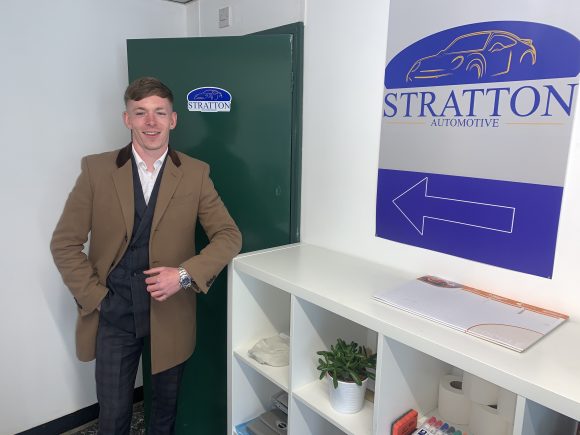 Stratton Automotive, a used car dealership located in the West Midlands, has continued to trade throughout the lockdown and has experienced stronger demand than for stock at its price point.

Owner Cavan O’Grady runs the car dealership that he started with two cars sold from his girlfriend’s driveway, which has become around 50 cars in stock with a great team, he says, and ‘every day we’re still progressing.’

The car dealer has adapted the way the business sells cars throughout the lockdown to ensure they were always able to meet consumers’ needs as well as meeting government standards.

‘In all honesty, it’s probably one of the busiest we’ve ever been,’ explained O’Grady, in an exclusive interview with Car Dealer Magazine.

‘Because of the cars we’re selling, the customers aren’t having to get into a big finance agreement and put a deposit down. We’re selling cars that are probably maximum £7-10k.

‘At the moment we’re getting calls from people where their cars have gone kaput, the engines have stopped or they’ve got some problem with the vehicle and they need a run around the same day; something that’s prepared and safe.’

At the time of our interview, Stratton had seen 19 cars delivered out of the door, already on track to beat their average monthly sales figures outside of lockdown.

While other car dealers had completely shut down, the car dealer felt confident by selling cars online or over the phone during lockdown he was keeping to the rules.

‘When someone calls my phone and says my car has gone kaput, I need to get to work, I’m an NHS worker, I’m going to be able to supply them a car and we’re doing it at a 20 per cent discounted rate for those in the NHS,’ he said.

For O’Grady, he wasn’t about to see his business come to a complete halt.

‘We abided by the laws the government set out but at the end of the day, I’m young and it’s a company I’ve put so much time and passion into,’ he said.

‘If a customer comes and collects a car from us we’ve got procedures in place and we keep to the two-metre distance rules. We’ve got gloves and masks on site for the customers, but with a lot of the deals we are giving out free delivery.

‘We leave it completely up to the customer, that way we can’t work towards whatever will make them comfortable.’

With cars moving in and out of stock so quickly for the used car dealership, they’ve been sourcing more cars for customers who missed out on what they wanted first time.

He added: ‘A lot of the deals we’ve done this month have been sourcing deals because a customer will come to us and the cars are selling so quickly at the moment, they’re already gone.

‘I think with everything going on, the consumer doesn’t have enough time to go out and research what they want properly.

‘They’d rather someone like myself with my background and passion for this industry go out and do it for them.

‘People can’t go out and do the normal going to the forecourt, meet a sales person, drive a vehicle, so we’ve covered every part of the game.

‘We will talk to them on the phone, do walk around videos, we’ll get them the whole history on it. Or they can reserve a car online and then come down to the dealership to collect it if that’s what they really want.’

A large part of Stratton’s business was already done over the phone, which has set them up perfectly for dealing with customers during lockdown.

He said: ‘We’ve had people who come from Ireland or France and want to buy over the phone from us in the past, probably 75 per cent of customers do. We’re very well set up for all different types, I’ve done complete sales over Skype and FaceTime. We use every platform we can.

‘We can do a full walk-around video over a video call or have a conversation via WhatsApp. We give them all the information we can about the car, as some of these are 20 years old so they’re going to have age related issues and being transparent is really important.’

Social media has been a huge part of the business, and they have continued to share every car to reach as wide an audience throughout the lockdown and, as O’Grady says: ‘We like to make cars as famous as they can be social media wise. Give it a bit of publicity and then sell it on.’

The car dealer has used this as a way to keep their cars in front of customers who can’t visit them in person but want to look at cars for sale.

More car dealer interviews like this at Car Dealer Live

Join our WhatsApp group to get updates sent straight to your phone. Email us via the website here to get a link to join.