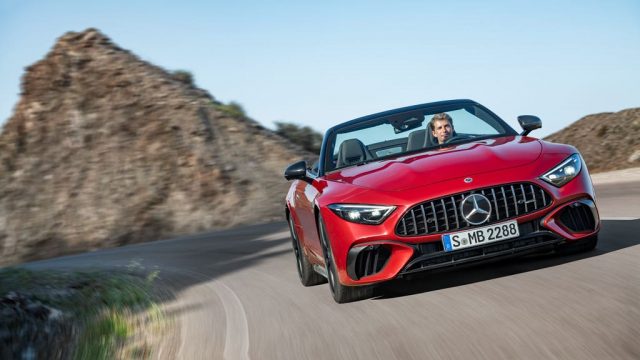 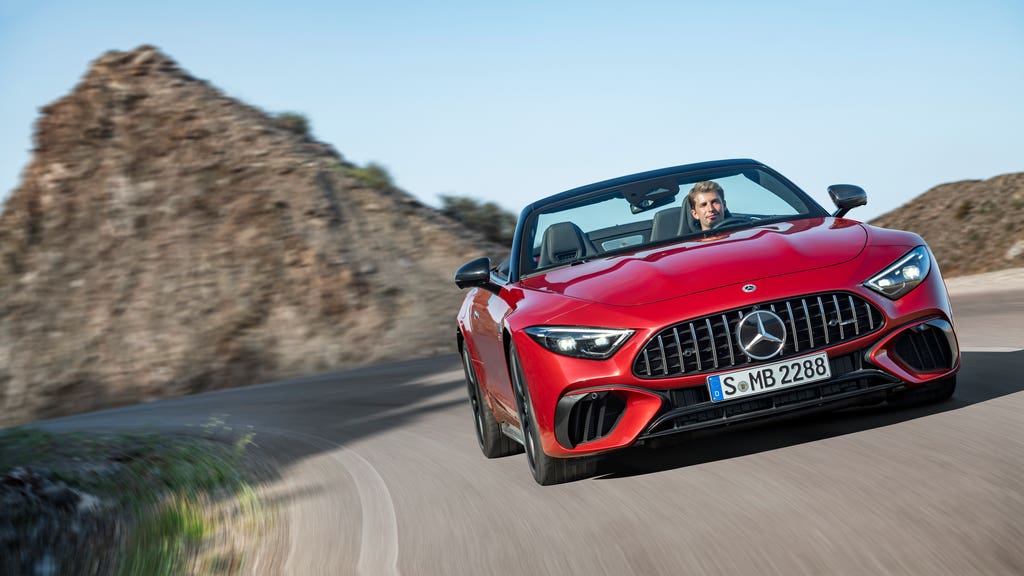 Mercedes-AMG has brought a bold new look and the latest technology to the new SL.

This model has been developed between Mercedes and AMG and is fitted with the performance brand’s Panamericana grille.

The SL’s new look is a far cry from that of its predecessor. The front end is particularly sharp, with LED headlights similar to those fitted to the current CLS and CLA.

It also sits on a new aluminium platform to give more rigidity to the car and ditches the folding hard top roof fitted to the previous SL in favour of a triple-layer fabric version. Mercedes says it saves 21kg compared with the metal one and takes just 15 seconds to fold away at speeds of up to 37mph.

Two engines will be available on the SL from launch and both of them are 4.0-litre V8s.

The first, sitting in the SL55 4Matic+, brings 469bhp and 700Nm of torque and is linked to a nine-speed automatic gearbox and AMG’s four-wheel-drive system. Mercedes claims a 0-60mph time of 3.7 seconds and a top speed of 183mph.

The new SL gets rear-wheel-steering too for the first time. This enables more agile handling at lower speeds but stable and accurate responses at greater ones.

The cabin adopts the huge 11.9-inch screen fitted in the latest S-Class and C-Class models, running Mercedes’ MBUX system. This is then combined with a 12.3-inch driver display which can be configured to show different readouts.

Full specifications and pricing for the SL have yet to be announced, though it’s estimated that the car will go on sale in the UK early next year.