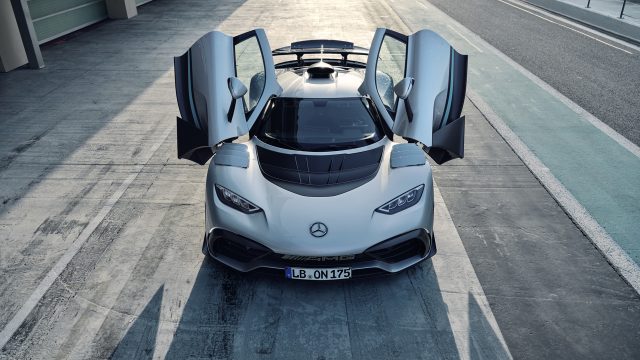 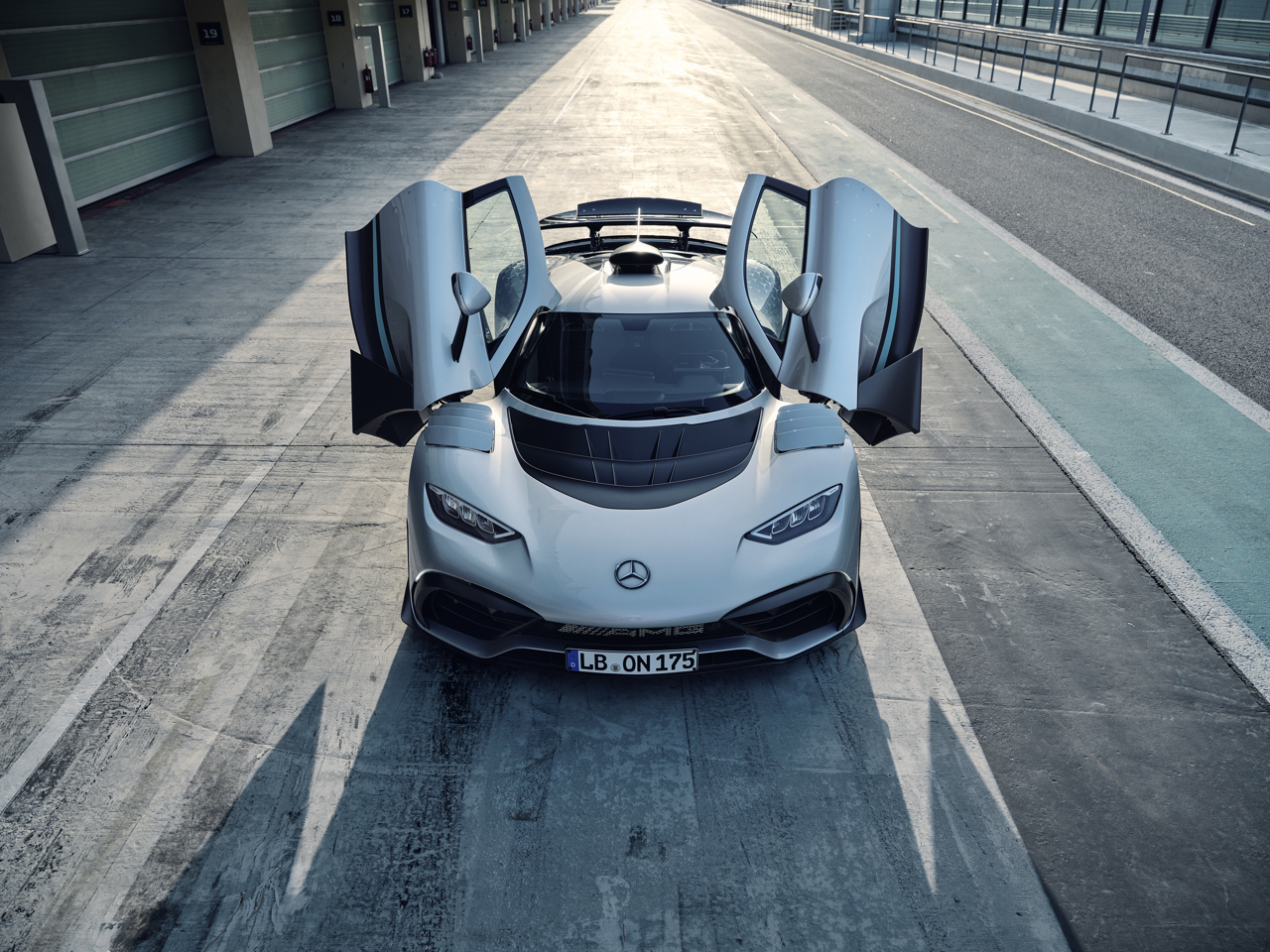 Mercedes-AMG has revealed the much-anticipated production version of its One hypercar that comes with Formula 1 technology for the road.

Just 275 versions are set to be built, with all of them having already sold out at an eye-watering price of £2m each.

For that, buyers get a 1.6-litre V6 petrol engine and four electric motors. One of the motors is integrated into the turbocharger, one is attached directly to the combustion engine, and the other two drive the front wheels, resulting in all-wheel drive and a top speed of 219mph.

It will go from 0-60mph in under three seconds and will hit 124mph in seven seconds flat. Economy-wise, its hybrid system makes it more frugal than you might expect, measuring 23.5mpg with CO2 emissions of 198g/km.

The engine is mounted in the middle of the car, just ahead of the rear axle, and can rev to 11,000rpm, but is kept below this to improve longevity and its ability to run on regular fuels.

With this electric motor set-up, Mercedes-AMG says there is immediate throttle response even at lower speeds, while the turbocharger can also offer more torque at low revs.

Please welcome the ONE and Only Mercedes-AMG ONE. 1️⃣

The hybrid system’s battery is developed from the same unit used in the F1 car and should be able to keep delivering power in quick succession. The 8.4kWh capacity allows for a range of just over 10 miles on electric only.

There are six driving modes that allow the driver to select the appropriate powertrain response for their situation.

The car always starts silently in EV mode but can be switched to one of four race modes, two of which are ‘track only’. An individual setting allows for customisation to the owner’s preference.

Boasting a carbon-fibre body, the AMG One has been designed to a motorsport ethos, with the cabin positioned far forward and the bodywork generating downforce for improved grip. 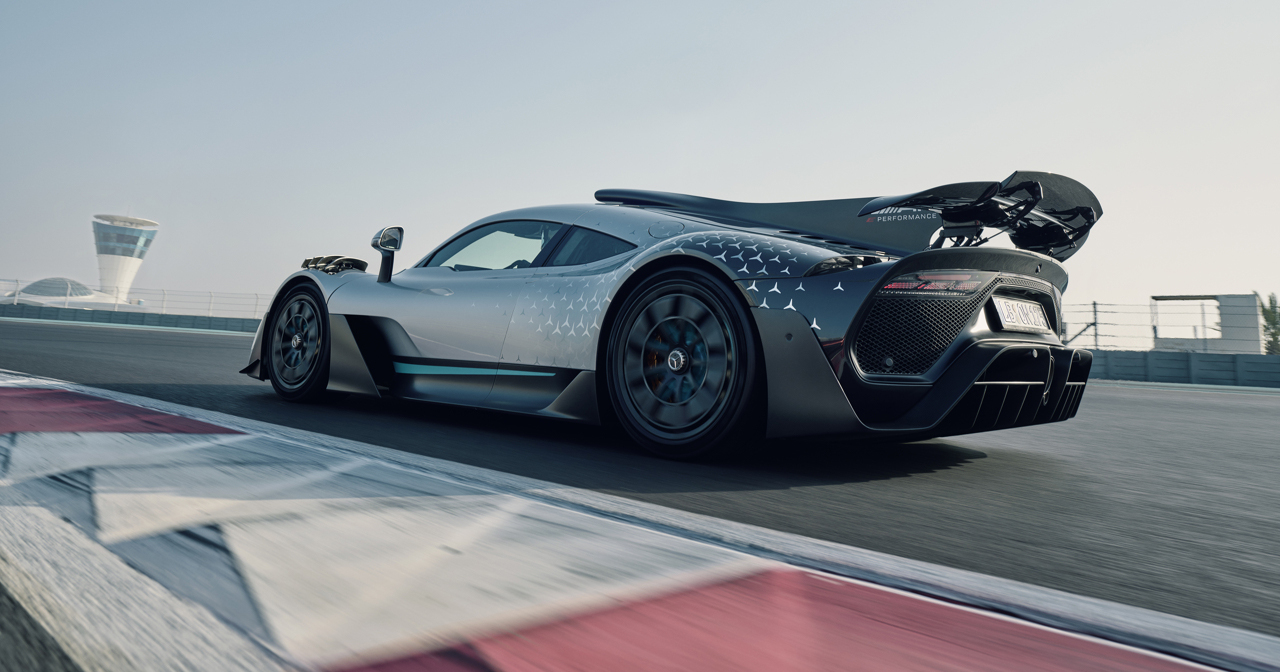 Active aerodynamics are included and controlled hydraulically, with different modes activated depending on the drive mode selected. A DRS button such as the one found in the F1 car retracts the rear wing to offer less drag and thus increased top speeds.

The interior has a functional focus, with the fixed seats merging into the footwell and door sills as a single unit.

The steering wheel and pedals move to suit the driver, with the wheel itself inspired by the F1 car unit and integrating motorsport components – as well as an airbag.

Customer deliveries are expected to begin later this year.