Home > News > Motorpoint is coming to the north west 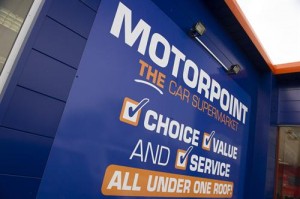 Motorpoint is coming to the north west

CAR supermarket Motorpoint will open the doors to its brand new site in Widnes by the end of 2014.

The six acre site, which is located on the Derby Road in Widnes, will stock more than 400 new and nearly new low mileage cars onsite from more than 30 different manufacturers, with instant access to a further 4,000 in group stock.

The site will also employ some 50 people, the majority of whom will be recruited from the local area to work in sales, service and support roles. A series of recruitment days are expected to be held throughout October in Widnes.

Motorpoint has been looking at potential locations across the north west of England since opening its most recent branch in Birmingham in mid-2013.

The site was previously operated by Motor Nation and Motorpoint is currently investing more than £1m refurbishing the site.

The opening of the Widnes site forms part of the company’s on-going expansion programme. The award-winning company is shortly to open an additional online sales centre in Birmingham to help meet unprecedented demand from customers to buy their cars online. More than 900 cars are sold online every month.

David Shelton, founder of Motorpoint, said: ‘We are delighted to announce that Motorpoint is coming to the North West of England later this year and look forward to welcoming customers from across the region to experience for themselves our legendary choice, value and service.’

Motorpoint currently has seven sites in the UK – Birmingham, Burnley, Chingford, Derby, Glasgow, Newport and Peterborough. Last year it sold more than 36,500 cars and is currently on target to sell in excess of 40,000 in 2014.