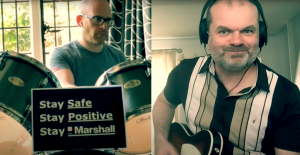 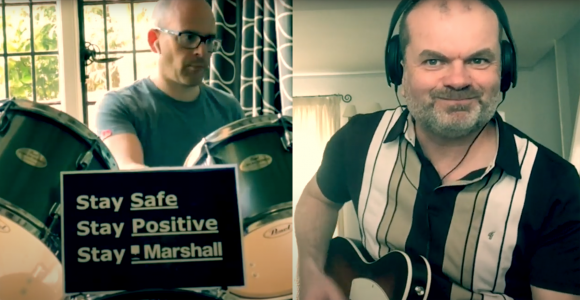 They may be stuck at their respective homes because of the lockdown, but that didn’t stop company secretary Stephen Jones pounding the skins while head of property Simon Page wielded his axe and assumed vocal duties to rework the 1977 hit – taken from the British-American rock band’s album Rumours and which reached number 3 on the Billboard chart – with both performances being neatly edited together.

Christine McVie’s song now cleverly reflects the coronavirus situation while giving a Marshall angle to it – including a nod to chief executive Daksh Gupta – with lines such as:

‘If you’ve closed up your site for a while

Daksh’s videos will make you a smile

Locked in your house every day

Hoping you’ll be back at work in May.’

And as with the original song, the duo urge everyone to be positive, with Page singing:

‘Marshall will be here better than before

Car Dealer Live: We are at war, says Daksh Gupta