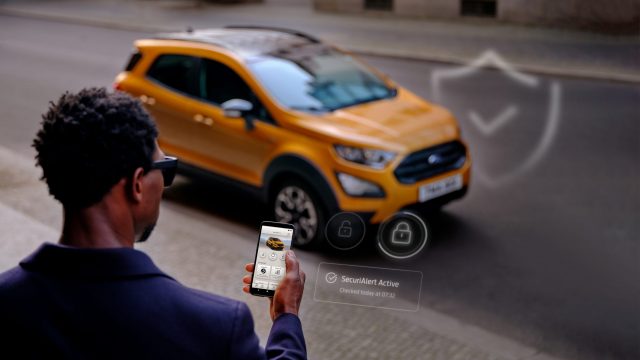 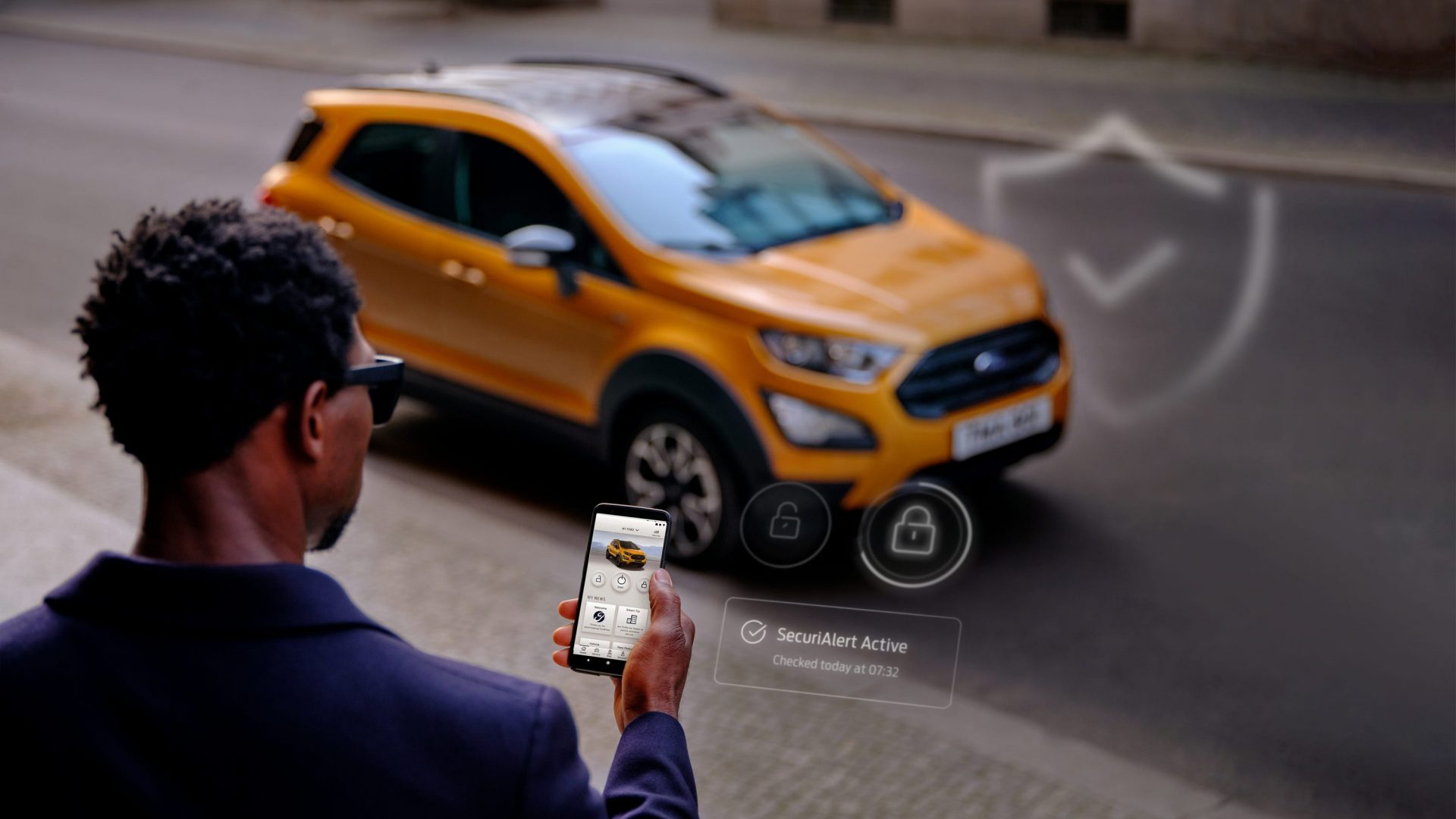 Ford owners will be alerted to any attempts to gain access to their vehicle via their smartphone thanks to the firm’s new SecuriAlert system.

The system allows motorists to keep a close eye on their car even when it’s parked out of sight, to give even greater peace of mind.

It was first released for the company’s commercial vehicles but will now be expanded to include personal vehicles as well.

The feature identifies any vehicle activity including attempts to open doors or gain access with or without a key.

It is switched on or off via the FordPass smartphone app and uses the car’s in-built sensors to detect movement around the vehicle.

The app will also give the time and reason why the alarm was raised as well as the car’s location.

It can even detect if someone tries to enter the car using a key – something many traditional alarms can’t.

Richard Bunn, director of retail connectivity solutions, Ford Mobility, Ford of Europe, said: ‘Whether left on the street overnight or in a car park on a shopping trip, we know our customers care about the security of their car and its contents.

‘SecuriAlert builds on Ford’s growing connectivity ecosystem to empower owners with the knowledge that if something happens with their vehicle when they aren’t driving it, they will be the first to know.’

Around 100,000 Ford Vehicles in the UK already have access to the SecuriAlert feature.