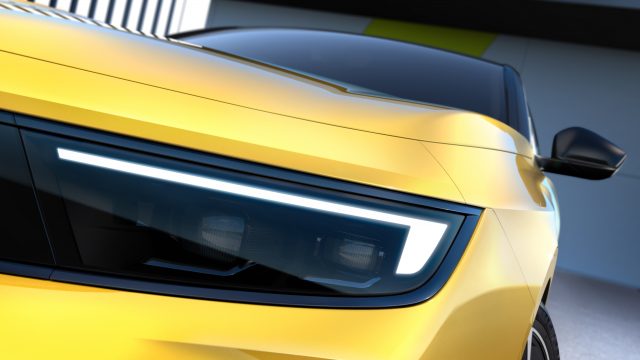 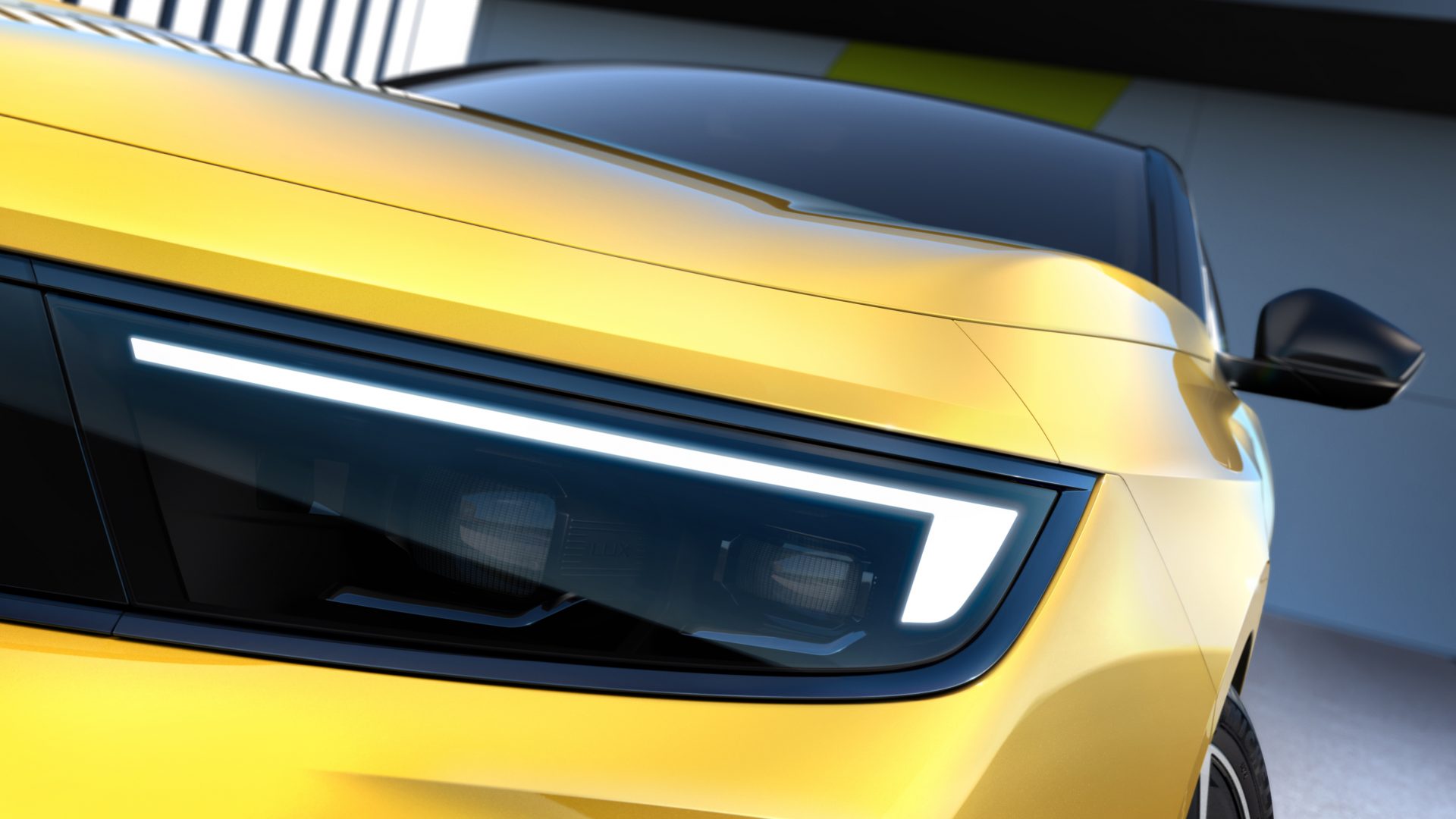 Vauxhall has shared the first images of its new Astra model, which gets an overhauled look inside and out.

This will be the first time the model has been electrified, thanks to the fact it now shares a platform with the latest Peugeot 308.

It is likely that eighth-generation model will get a plug-in hybrid powertrain, rather than being a full EV.

The most revealing image shows off the new headlights, which clearly follow a similar design language to the new Crossland and Mokka.

This styling is known by Vauxhall as Vizor, and indicates a large black front grille that merges with the slim headlights.

It also appears that the new Astra will have LED headlights as standard.

Inside, there will be the latest generation of the firm’s Pure Panel screen technology, which will incorporate two widescreen displays for the infotainment and instruments. 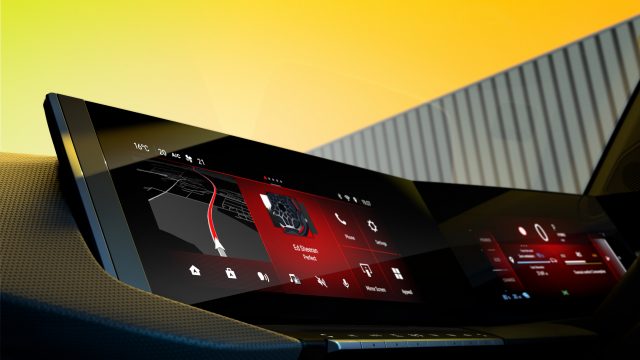 Physical buttons, meanwhile, have been reduced as much as possible, so they are now just a series of keys beneath the screens that are largely for the climate controls.

Paul Willcox, managing director of Vauxhall, said: ‘The all-new Astra will open an exciting new chapter in the 41-year history of our popular compact model.

‘We are confident that the next generation Vauxhall Astra will make a powerful impression and attract new customers to the brand, especially now Astra will be electrified for the first time.’

More information about the new Vauxhall Astra is coming over the next few months, with the full reveal slated for later in 2021. 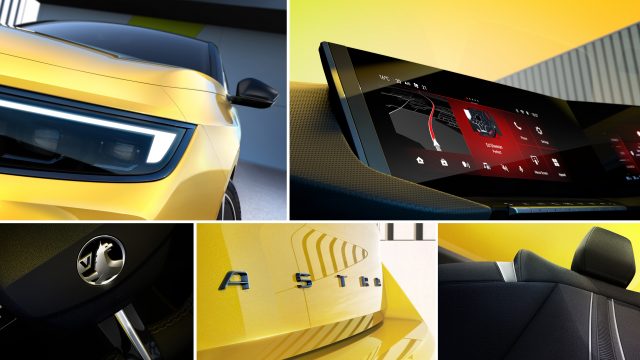