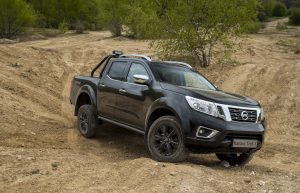 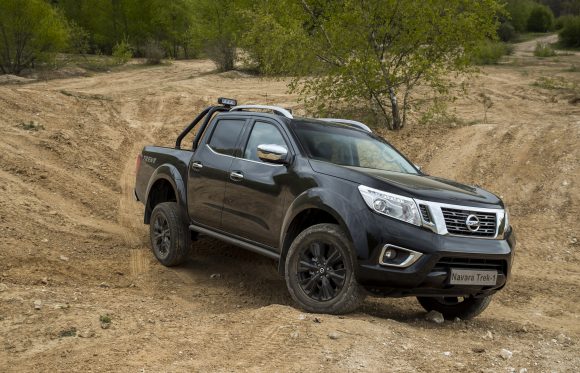 NISSAN Navara buyers with an adventure streak will be well catered for by the firm’s new special edition pick-up.

The new Navara Trek-1° has been named after the geographical location of the Navarre desert in northern Spain – located at -1° longitude – which the Japanese firm’s award-winning workhorse takes its name from. 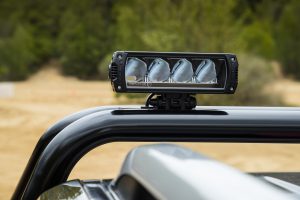 Not only does it boast a cool name, but there’s a host of stylish extras too. Thrown in on the special edition are black roll bars with LED spot lamps clamped on, unique 18-inch alloy wheels and a load bed divider with cover – all designed to aid owners in their cross-country adventures.

The cover is a particularly practical addition offering added security so valuable loads can be hidden from view. Beneath it is a load bed divider and liner, which will keep items secure, and it is fitted to a restraint system which allows it to slide forwards and backwards for ease of access.

The Navara – which has made its UK debut this week – already holds the enviable title of International Pick-up of the Year and is designed to appeal to business users as well as those with an active lifestyle who need the additional carrying capacity a pick-up can offer. 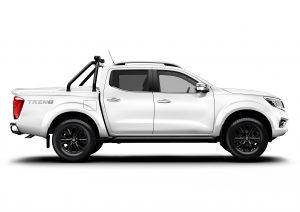 The Trek-1° is available in two colours – new-to-Navara Pearlescent White and Black Metallic – and is powered by the 190bhp version of the 2.3-litre twin-turbo diesel engine mated to either a six-speed manual or seven-speed automatic transmission. All versions offer four-wheel drive as standard.

It is based on the top-specification Tekna double cab and promises exclusivity with just 1,500 being sold across Europe.

The Nissan Navara Trek-1° will go on sale in the UK in the summer with prices announced soon.