Nissan has unveiled its striking new Qashqai, adding more in the way of practicality and a sharp new look to its successful crossover.

The Qashqai has proved immensely popular for Nissan, with more than three million units being produced since it first went on sale back in 2007. The segment which the Qashqai had all to itself is no longer underpopulated, however, which is why Nissan has bolstered this latest Qashqai’s appeal by enhancing several key areas of the car.

Due to arrive this summer, the latest third-generation Qashqai sits on a new platform and as a result, brings gains in space and practicality over its predecessor. It features a wheelbase which is 20mm longer than before, while the height and width have increased by 25mm and 32mm respectively. 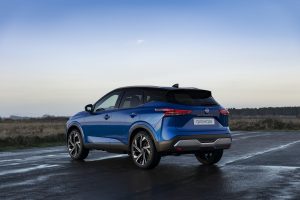 It means that the Qashqai now features a more spacious cabin than before, with gains made in terms of head and legroom for all passengers. The boot has increased in size, too, boasting an additional 74 litres of space over the older Qashqai. It means there’s now a total of 504 litres of boot space to play with.

The interior has been given a lift through the use of higher-quality materials, while a nine-inch infotainment system heads up a comprehensive increase in cabin technology.

It incorporates both Apple CarPlay and Android Auto, and is complemented by a 12.3-inch TFT driver display which can be configured to showcase a variety of different instruments. A new 10.8-inch head-up display has also been fitted, relaying information such as speed and navigation details onto the windscreen within the driver’s line of vision.

The exterior styling represents an evolution of the previous-generation Qashqai’s. There are sharp LED headlights up front which feature a similar design to those on the smaller Juke, while 20-inch wheels sit on all four corners for the first time – though smaller options are available. Around the back, the Qashqai name has been emblazoned across the width of the boot. 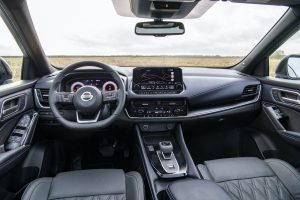 A new e-power powertrain will also be added to the Qashqai next year. It combines a 1.5-litre petrol engine with a 140kW electric motor and battery. However, the engine provides no direct drive to the wheels and instead acts as a generator for the electric motor. It allows the engine to run at its optimal level at all times, improving efficiency and lowering CO2 emissions as a result.

Nissan has yet to release any further details surrounding specification and pricing, though these are due to be announced closer to the car’s introduction this summer.