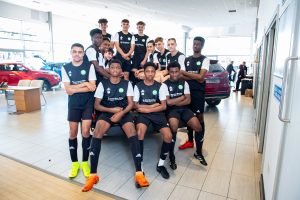 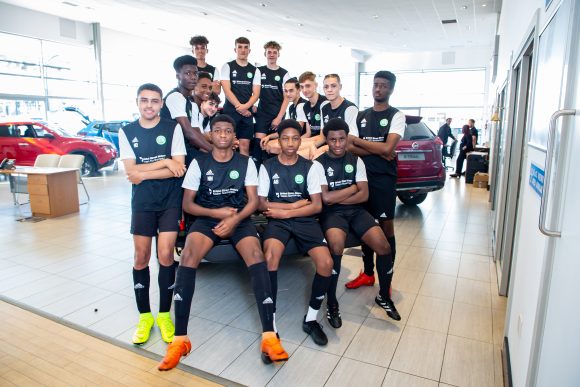 NORTHAMPTON Nissan is ensuring that a junior football team will be well turned out for the new season.

Pacesetter FC Under-16s – known as The Pioneers – play in the Midlands Junior Premier League and will wear the Carousel Way dealership’s name on their shirts for the 2019/20 season.

With a growing YouTube following, the club enjoy filming their games and training sessions to show off their skills. It also gives the players a taste of the stardom they strive for.

Matthew Green, general manager at the Bristol Street Motors dealership, said: ‘We want to position our dealership as a community business and to play an active part when it comes to supporting our local community.

‘This allows us to reach out to a new audience. Pacesetter FC does a great job of championing local talent and inspiring potential footballers, and we are very proud to support this. ‘

Pacesetter FC manager Marc Beazley said: ‘What a fantastic journey it has been so far. We started in February and haven’t stopped since. The players have bought into my style and philosophy, and their hunger for success is admirable.

‘They are a great group of players, and thanks to Northampton Nissan they get to not only play with style, they turn up with style. My aim is to get as many as these boys scouted as we possibly can!’

Pacesetter FC says it looks to develop the player and young person in line with its syllabus, which has been created with the FA as well as professional clubs and coaches. It is backed by professional sports and well-being coaching company Pacesetter Sports & Well-Being.