Manchester City Council leader Sir Richard Leese said he was still hoping to find an agreed way forward in the remaining time but acknowledged they would have to comply if ministers imposed Tier 3 restrictions.

The Labour party says it will force a parliamentary vote on the extension of free school meals to eligible children until Easter 2021 after the government refused to prolong the scheme through the October half-term break.

On Saturday (Oct 17), Labour gave the government 72 hours to extend the initiative – the subject of a campaign led by footballer Marcus Rashford – or face a vote.

But with Downing Street having signalled it won’t be prolonging the programme through the holidays, Labour had said it will trigger a vote in Parliament today (Oct 20), led by MP Angela Rayner.

Ireland to be placed in second lockdown

Ireland will be placed in a second lockdown in a bid to curb the spread of Covid-19.

The Irish government agreed last night (Oct 19) to impose the highest level of restrictions under its five-tiered plan for living with Covid-19. They will take effect from midnight tomorrow (Oct 21) and continue for six weeks.

The country’s premier, Micheál Martin, described the move to level 5 restrictions as ‘very, very serious’, adding that the government couldn’t stop the virus on its own.

Philippine leader says he can be held responsible for drug killings

The Philippine president says he has no problem with being held responsible for the many killings under his anti-drugs crackdown, adding that he was ready to face charges that could land him in jail.

President Rodrigo Duterte’s televised remarks last night (Oct 19) were among his clearest acknowledgement of the prospects that he could face a deluge of criminal charges for the bloody campaign he launched after taking office in mid-2016. 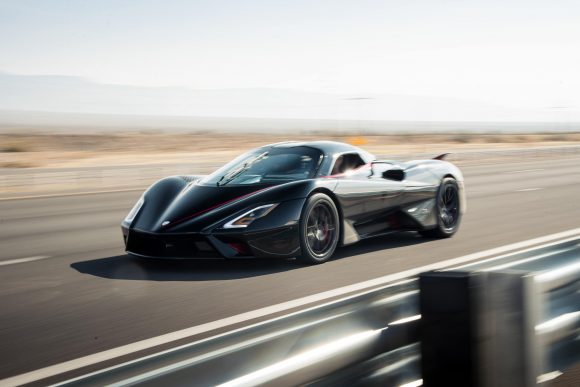 The SSC Tuatara has set a new top-speed record for a production car after making a two-way average of 316.11mph in Nevada.

The runs took place on a seven-mile stretch of closed road in the desert near Las Vegas with British racing driver Oliver Webb at the wheel of the supercar, which was built by Shelby SuperCars North America.

Nokia has been asked by Nasa to build the first mobile communications network on the moon.

The Finnish telecommunications equipment maker said yesterday (Oct 19) that its Nokia Bell Labs division will build a 4G communications system to be deployed on a lunar lander to the moon’s surface in late 2022.

The Royal Automobile Club says it has cancelled this year’s London to Brighton Veteran Car Run.

Due to take place on November 1, it had been held every year since 1947.

Organisers said they had been working tirelessly with local authorities along the route to plan a run that would be safe for those taking part, staff and spectators.

However, because of efforts to control the rise in coronavirus infections, it was no longer possible for it to take place. The next run will be on November 7, 2021 – its 125th anniversary.

Hollywood actor Jeff Bridges has revealed that he has lymphoma.

The 70-year-old star of films including The Big Lebowski, Crazy Heart and True Grit said he was starting treatment and promised to keep fans updated, adding that the prognosis was ‘good’.

Rain will move north across Scotland today, according to BBC Weather. The south will be drier and have sunny spells, but there’ll be a few showers in the west and heavy rain will arrive overnight from the south-east.

The heavy rain will persist in the south-east tomorrow morning (Wed), but will move northwards during the afternoon. There will be very strong winds throughout, while elsewhere will be overcast and have patchy rain.