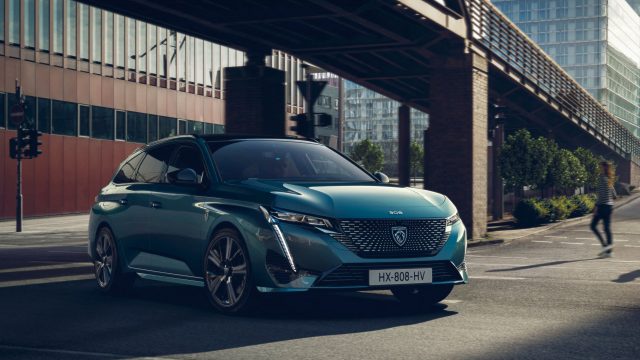 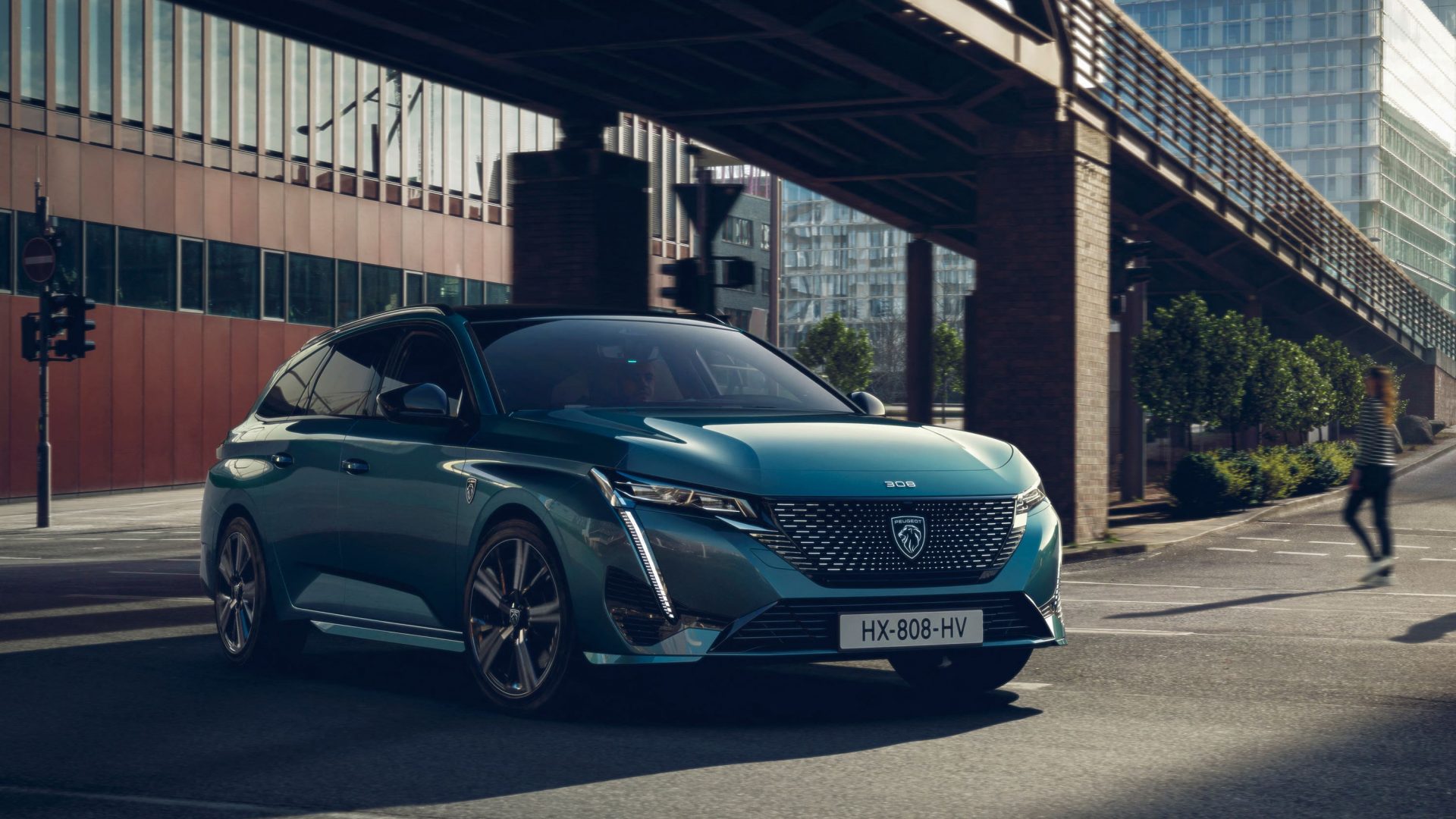 Peugeot has added to its 308 range with the introduction of a sleek new estate version.

The 308 SW is set to arrive in dealerships early next year and will be available with petrol, diesel and plug-in hybrid powertrains.

The design, which incorporates sharp lines and a large front grille, largely follows the same pattern as the standard hatchback.

It has dynamic LED headlights and features Peugeot’s new logo.

The estate measures six centimetres longer than its predecessor at 4.64m long and has also been lowered by 20mm for an improved stance on the road.

Inside, the 308 SW offers a generous boot despite being one of the smaller estate cars on the market.

There are 608 litres of space available with the seats in place, rising to 1,634 litres when they are folded down.

The SW has the same interior as the regular 308 hatchback and includes a 10-inch infotainment display that has been designed to mimic that of a smartphone.

The screen itself has also been located slightly lower down the cabin and closer to the driver’s hand and eye line for easier use.

The compact steering wheel has also been given sensors that can detect the driver’s grip levels when driver aids are being used.

However, for the most efficient running, there are two plug-in hybrid powertrains.

Both combine a petrol engine with an 81kW electric motor and battery, but are available with either a 177bhp engine or a 148bhp version.

The pair will be capable of running for up to 37 miles on electric-only power and return as low as 26g/km CO2.

Peugeot also says that the SW will have a net carbon reduction of 2g/km CO2.

Prices for the new 308 SW are expected to be announced shortly.