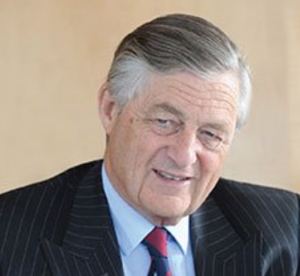 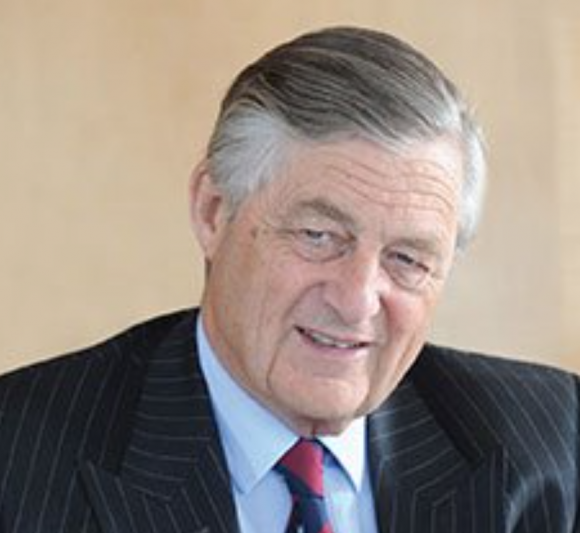 SIR Michael Marshall, a central and long-standing figure in the success of Marshall Motor Group, has died aged 87 while on holiday in Spain.

Sir Michael was president, former chairman, former CEO and majority shareholder of Marshall of Cambridge Holdings, which owns 64 per cent of the motor group – one of the largest in the country and which operates 106 dealerships representing 23 manufacturers.

A statement from Marshall of Cambridge announced the news ‘with the deepest regret’ and confirmed that he passed away on Saturday while on holiday with his wife Sibyl and friends.

“Sir Michael was a staunch supporter of Marshall Fleet Solutions and will be sorely missed by us all within the Marshall Group.”

It added: ‘While it is too soon to confirm any arrangements, it is anticipated that there will be a small, private funeral followed by a memorial service later in the year.’

The CEO of Marshall Motor Group, Daksh Gupta, paid tribute to Sir Michael, saying: ‘He was very fond of the motor group, having personally run it for over 40 years.

‘His personal values around people and customer service are deeply embedded in our business today. I know he was incredibly proud of the business.

‘On a personal level, I served on Sir Michael’s board for eight years and it was a privilege to work with him. Words cannot describe my affection for him.

‘Our thoughts are with his wife Sibyl and the rest of the family today.’

Sir Michael was created a CBE in the Queen’s Birthday Honours in 1999 and knighted in the 2010 New Year Honours.

No cause of death has been given yet.

Many more tributes were paid to Sir Michael across the spectrum on Twitter, including the below:

So sad to hear of Sir Michael Marshall’s passing, a giant amongst men, & a stalwart of the Lieutenancy serving as a Deputy and then Vice Lord Lieutenant. I will always remember his friendship (& friendly challenges) when I was Chief Constable. He will be missed in #Cambridge pic.twitter.com/zkSWJ9uMEI

So sad to hear of the passing of Sir Michael Marshall – a true gentleman and friend to the global aviation community. #RIP pic.twitter.com/vDwXAn6XwE

A lovely tribute to Sir Michael Marshall from an ex-@MarshallGroup colleague. pic.twitter.com/tGqV7H7UvO

Very sad to hear of Sir Michael Marshall's death yesterday. The country has lost a major figure in the aerospace industry, Cambridge and beyond have lost a fine public servant. Jeffrey and I are among the many friends who deeply mourn his loss.

You will never hear a bad word about him, he was Cambridge through and through' ✈️❤️ RIP Sir Michael Marshall. https://t.co/LPmEHw18XR

"A very sad day for Cambridge as well as for his many friends in the aerospace and motor industries" – Terry Holloway on the sad news of Sir Michael Marshall's death – here are more of the tributes paid today https://t.co/fpvfRPCAsf @MarshallMotorGp @MarshallADG pic.twitter.com/nUKTWUpIg3