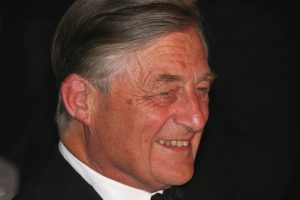 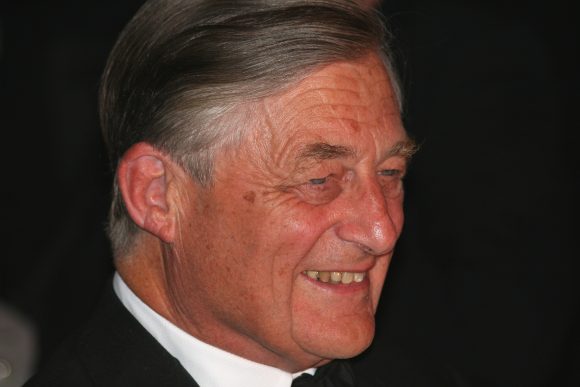 THE CEO of Marshall Motor Group has paid tribute to Sir Michael Marshall, who was a central figure in the business for more than four decades.

Sir Michael, who was president, former chairman, former CEO and majority shareholder of Marshall of Cambridge Holdings, which owns 64 per cent of the motor group, died on Saturday while on holiday with his wife and friends in Spain.

Speaking to Car Dealer this morning, Daksh Gupta said: ‘From a personal perspective, I have been privileged to work with some amazing people over the years and for me, Sir Michael is right up there in terms of the most influential people that I’ve had the privilege of working with. He was an amazing man.

‘The people who knew him describe him as a really kind gentleman and they are the two words that really stick out to me.

‘It’s a massive loss for Marshall, not just for us as an organisation, but also the city of Cambridge. It was headline news in Cambridge yesterday and that just shows you the stature of the man.

‘He was deeply rooted and connected to Cambridge and very proud and supportive of the city. He’ll be greatly missed.’

Gupta said his LinkedIn profile had been viewed 88,000 times in the 24 hours since news of Sir Michael’s death had been announced – and almost 200 tribute comments had been posted.

‘I had the privilege of working with him on his board for eight years,’ Gupta said. ‘He was instrumental in me joining the company and was just a fantastic person to work for. He had a great sense of humour and was very supportive.

‘Michael was passionate about people and was always talking about the customer being at the heart of everything we do.

‘The values that form the cornerstones of our company today are customer service and people and that comes from the DNA that he ingrained in the organisation.’

Gupta said Sir Michael’s passing had affected him particularly as they had been in touch only very recently.

‘I was communicating with him a few days ago and he was being typical Michael, really positive.’

Charitable endeavours were close to Sir Michael’s heart too.

Gupta said: ‘He was heavily involved in Ben over the years, as well as serving as vice-president of the IMI.

‘He will go down as one of the greats in our industry. We are 110 years old in October and this company bears his name at the end of the day, so we’re very sad today. I’m in Cambridge today and the office is very sombre to say the least.’

Sir Michael was also known for his impressive work ethic. ‘I don’t know where he got his energy from,’ Gupta told us. ‘I would come in to work at seven o’clock and his car would be there at seven! He would be in the office already – he just enjoyed work.

‘I read a tribute that described him as a dynamic force for good – and that’s exactly what he was.’