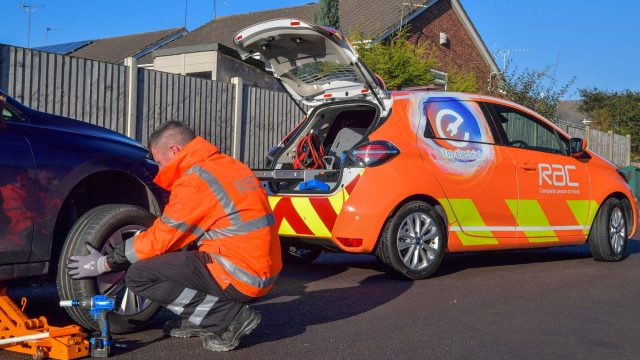 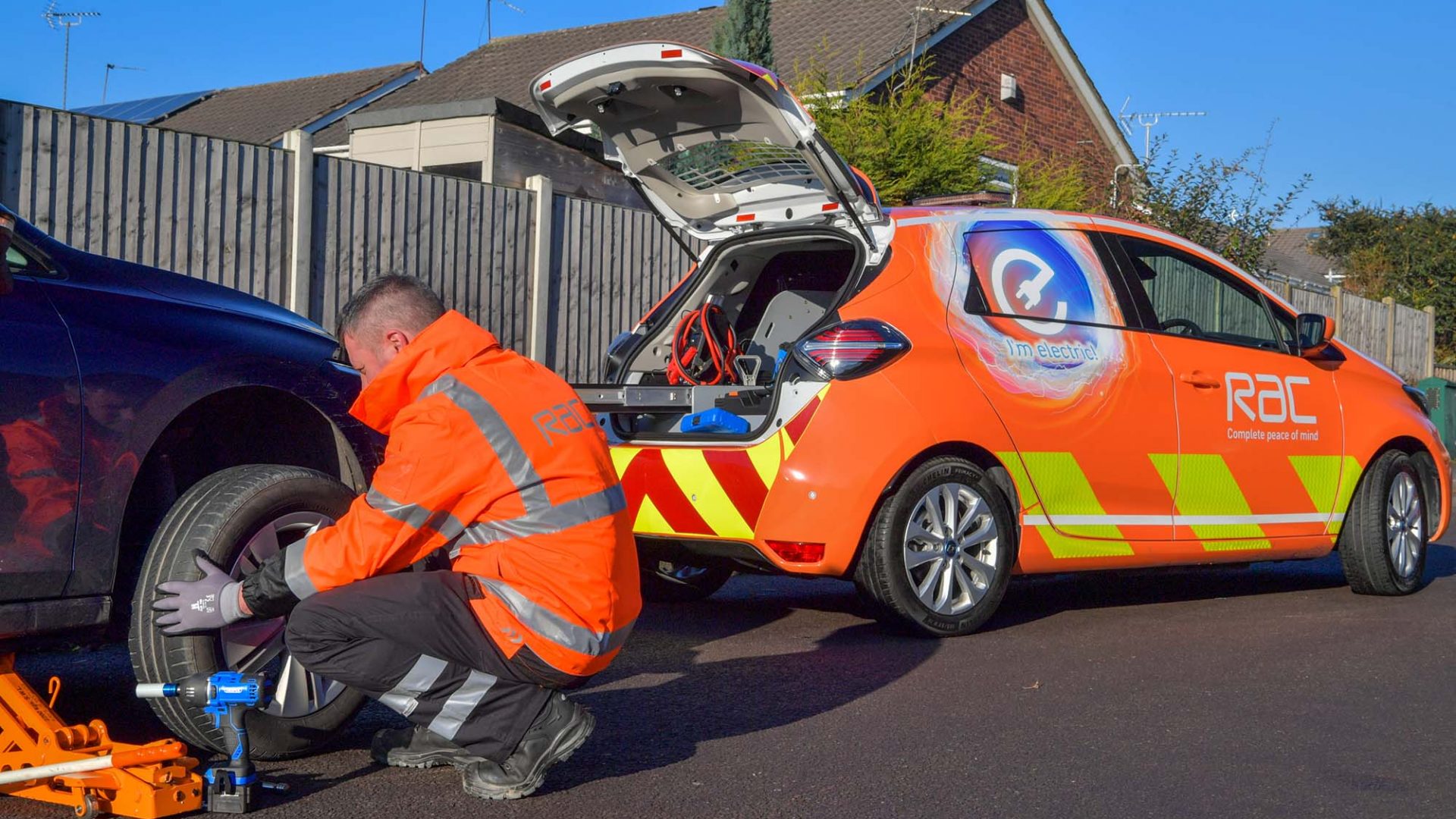 The RAC has become the UK’s first major roadside assistance company to use an electric patrol vehicle to reach breakdowns.

It is trying out a zero-emission Renault Zoe Van E-Tech, which has a range of 245 miles, as it said it dealt with some 7,000 random events every day – unlike delivery companies which can plan their routes – meaning a 200-plus-mile range was vital.

No electric van can tow broken-down vehicles as yet, but the RAC said the Zoe Van E-Tech was one of the few EVs on the market that could carry the tools and parts needed to fix four out of five breakdowns on the spot without its range being compromised.

The patrol van will mainly be used to attend the RAC’s two most common breakdowns – batteries and tyres – which together account for nearly half of its call-outs.

It can carry up to six replacement 12v car batteries, two tyres, a trolley jack, battery tester, the RACScan diagnostic tool and a variety of standard patrol tools.

The 55kW Renault Zoe patrol van will be used in urban and rural areas to assess its efficiency as a patrol vehicle.

‘We have been assessing various electric vans for some time but have been frustrated by the fact there isn’t one on the market that can do what our diesel-powered patrol vans can do at the moment in terms of carrying 500 parts and tools and towing broken-down vehicles, with a range that’s even half what one of our standard vans can do on a full tank.

‘While we continue to talk to manufacturers about our requirements, we’re confident we can put an electric RAC patrol van into effective use on the road by carefully deploying it to jobs that won’t require towing.’

He added: ‘We’re already leading the breakdown industry in terms of EV breakdown with our award-winning RAC EV Boost technology, which can get flat or severely depleted electric cars going again without the need for heavy and bulky portable batteries.

‘Meanwhile, our All-Wheels-Up rapid recovery system enables a standard patrol van to safely tow a stricken EV with all four wheels off the road, so this was a logical next step.

‘This first RAC all-electric patrol van may be small, but it’s easily capable of successfully attending nearly half of the breakdowns we get called out to on a daily basis.

‘We’re confident it will prove the old saying that good things really do come in small packages.’