Home > Columns > Real Deals: Once ahead of its time, it is now a rare sight 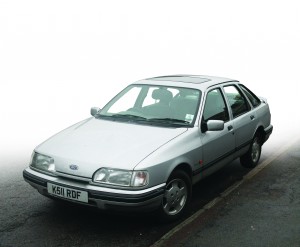 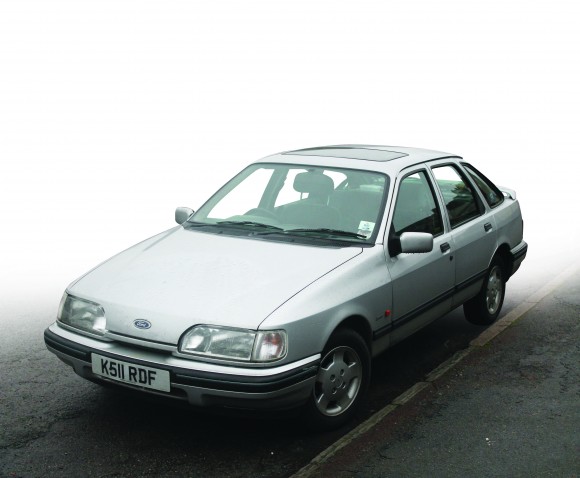 Real Deals: Once ahead of its time, it is now a rare sight 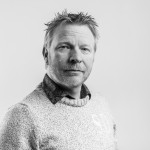 The ‘Salesman’s Spaceship’ or a game- changer, the Sierra divided opinions, but you can’t argue with the fact that it had a huge impact on the European car market.

Released to an amazed public in August 1982, believe it or not it was only on sale for just over 10 years. It feels like it was much longer, but for those years it really was one of the most significant cars on the market.

Replacing the ageing and woefully outdated Cortina, the Sierra was a car with a modern shape. By the time the Mondeo replaced it in 1994, its silhouette – with plastic wraparound bumpers, no discernible grille and flush-moulded lights and windows – was commonplace.

Everyone else followed where Ford had first ventured, and I think that it’s fair to say modern car design owes more to the Sierra than it does any other single model.

As with most sales rep fodder, the proliferation of these vehicles meant they ended up being cheap second-hand purchases, normally bought by those with little concern for their upkeep by the time they were six or seven years old.

So despite 1,299,993 being sold in the UK, there are only 3,000 remaining on the road, according to Howmanyleft.co.uk, and only six from 1993 when this car was first registered.

It wasn’t just the European public who were shocked by Ford’s new offering, and it’s alleged that Ford’s US parent company was baffled by  its European offshoot. Who in their right mind would launch something so radical into the fleet market? At first these concerns seemed justified, as the public couldn’t adjust to such a radical change in styling and people flocked in the opposite direction.

It took around two years for sales to pick up and it was only when the MkII was released in 1987 that things really took off. Although the interior was less cutting edge than the exterior, it still had one of the first moulded dashboards, designed with driver ergonomics in mind, and warning lights via a very rudimentary onboard computer – something that up to this point had been the preserve of executive cars only

Technically, it felt as if Ford had spent all the money on styling, as under the bonnet early Sierras picked up where the Cortina had left  off, with a range of OHC Pinto and Cologne V6 engines and tried-and-tested MacPherson struts upfront. In 1987, Ford introduced the Sapphire, a booted Sierra that fleet managers and sales reps had been crying out for as something a little more ‘classy’. Ford also put a grille on the Sapphire as a gesture to the conservative British public.

We can’t talk about the Sierra without touching on the XR4 and Cosworths. Lending some sporting prowess to the range, the Cosworth  was a legend the moment it was released. Sadly, it also appealed to joy-riders and ram-raiders, and people’s inability to get insurance on these cars in the early ’90s is well documented. These days, MkI Cosworths change hands for well over £40k, with even later Sapphires regularly achieving more than £10k.

The car we have here is a MkIII – in reality,  a facelifted MkII, which was the pinnacle of  the Sierra. By then, all cars came with painted bumpers, smoked rear lights (very ’90s cool) and a range of decent engines.

The interior had been improved and the Azura special edition had all the expected toys – alloy wheels, an FM radio (with cassette player of course), electric windows and a sunroof.

Time has not been kind to many Sierras, with smoking engines and body rust, but there are no such problems with this Azura. It’s covered a tad over 31,000 miles and had only four owners. The current owner hopes it might be worth somewhere over £3k. Will Larmour of Pebley Beach is a bit more realistic and looking for bids on this piece of motoring history. Call him on 01285 648503 and see if you can come to a deal.