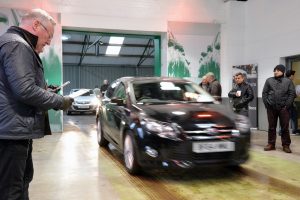 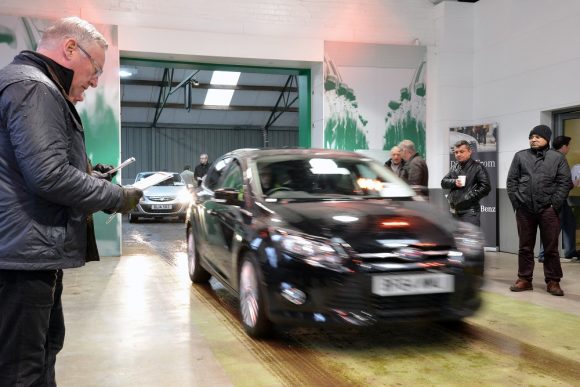 ASTON Barclay Prees Heath has made an impressive start to 2018 by breaking a 20-year-old company record.

Its Wednesday fleet sale, the inaugural sale for Santander, sold 290 units, the highest number sold in a single day at the site, since Aston Barclay acquired Prees Heath Motor Auctions in 1998.

The Shropshire-based auction has seen a buoyant start to the year with buyers keen to replace stock sold over the festive period. Santander’s first sale at Prees was an added attraction for buyers.

The record breaking sale saw Santander and PSA stock achieve a 100 per cent conversion rate with used fleet prices averaging between 98 and 100 per cent of CAP.

Throughout the day, 27 per cent of bids were submitted via the group’s online platforms with a total of 11 per cent of bidders accessing the sales online on desktop and mobile via the Buyer’s App.

In total, 39 per cent of the newly-offered Santander vehicles were sold to remote bidders.

Martin Potter, Aston Barclay’s group operations director, said: ‘The weekly fleet sale at Prees has continued to grow in popularity with both vendors and buyers alike making it one of the most respected auction centres in the UK.

‘We have been working with the local council to look at ways of developing the Prees Heath site over the coming year to cater for this increased demand and we are confident the expanded site will bring great benefits to the local community with new jobs and investment.’

MORE: Gumtree and eBay join forces to expand offering to the motor industry