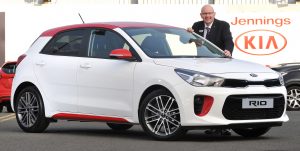 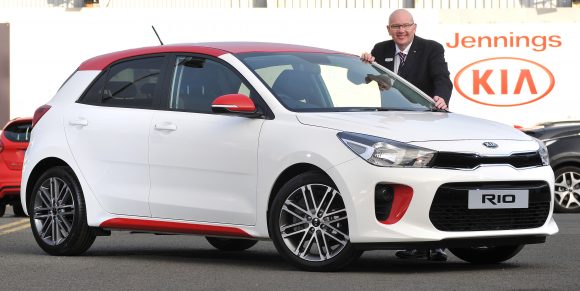 JENNINGS Motor Group has appointed a sales controller/compliance manager at its new Kia dealership in Sunderland.

Stephen Robson, from North Shields, brings more than 32 years’ experience of the motor industry, having worked in the trade since he was 20.

In his new role at Jennings Kia, he will help general sales manager James Chorlton with the day-to-day running of the dealership, in addition to being responsible for contributing towards achieving monthly and quarterly sales objectives, advising customers about finance, as well as tailoring finance packages to meet individual needs and requirements, and ensuring the highest level of customer care is delivered by the sales team.

After gaining his GCEs at Whitley Bay High School, his initial dream job was to become a chef, but after qualifying at a catering college in North Tyneside he decided to steer towards a career in motors instead.

Robson, 52, said: ‘I’ve always messed about with cars and been interested in motorsport, and one day I decided that cooking just wasn’t for me.

‘I often wonder where a career in catering would’ve taken me, but then I think about the fantastic opportunities I’ve been given over the years in the motor trade, and I just know it was the right decision.’

Over the years, he has gained valuable experience and knowledge working in a variety of roles for a number of motor dealers across the region, in addition to running his own automotive business for 10 years.

Welcoming him on board, Chorlton said: ‘Stephen has more than three decades of experience and knowledge that he can bring to the role, and already he is proving to be an asset to the sales team at Sunderland.’