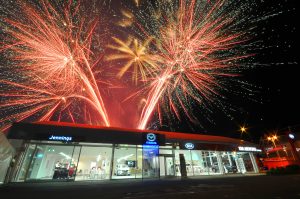 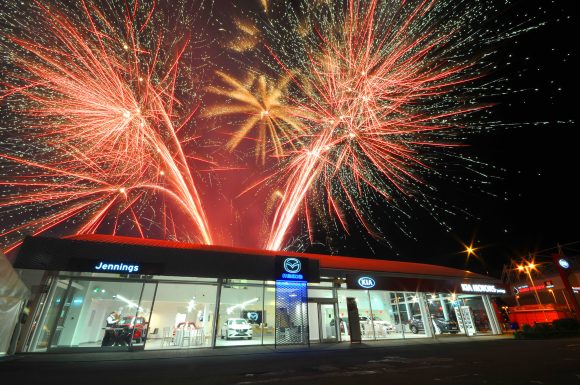 A NEW Kia and Mazda dealership has opened in Sunderland for Jennings Motor Group and created 24 jobs in the process.

The motor dealer group marked the official opening with a VIP event at the new dealership, which is next to Sunderland Football Club’s Stadium of Light.

Part of an ongoing programme of development and customer care, the dealership complements the group’s existing Kia sites in Washington and Stockton, and the company’s Mazda franchise in Middlesbrough.

Nas Khan, managing director of Jennings Motor Group, said: ‘We’re delighted to be further expanding the business and boosting the region’s economy with the creation of new jobs by bringing the Kia and Mazda brands to the people of Wearside. 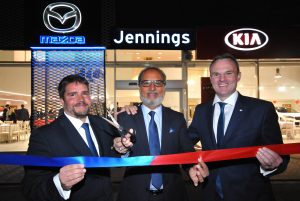 ‘Both sites provide the full range of new models available across each marque, in addition to quality approved used cars, and a range of aftersales facilities, including service, MOT and parts.’

Official opening proceedings got under way with a ribbon-cutting ceremony by Khan, alongside Simon Hetherington, commercial director at Kia Motors (UK) Ltd, and Brett Hague, head of network strategy at Mazda Motors UK.

VIP guests enjoyed an evening of entertainment and refreshments, followed by a grand finale firework display.

The site – a former car dealership – has undergone a complete refurbishment and work has been carried out to meet the corporate design and styles of both manufacturers.

Part of the refurbishment also included installing an eight-ramp workshop and MOT bay facility, as well as an independent valet building at the back of the site.

Jennings Motor Group operates Kia, Mazda, Ford, Ford Direct and Seat dealerships across the region. Jennings Kia has been operating in Washington, Tyne and Wear, since 2011 and in Stockton, Teesside, since 2013. The group’s Mazda dealership in Middlesbrough officially opened in 2003.

On SuperUnleaded.com: Everything you need to know about Porsche’s 440bhp Macan Turbo Exclusive Performance Edition