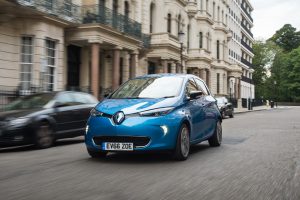 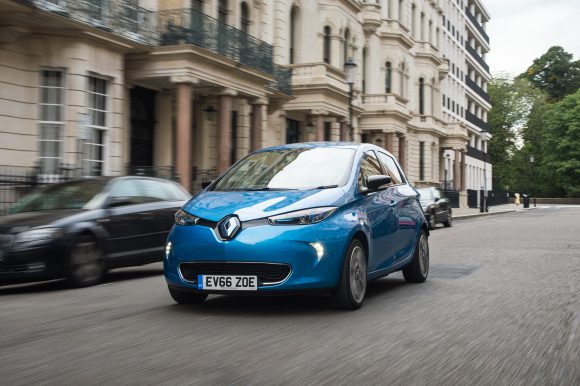 Renault Retail Group (RRG) has shown its commitment to eco-friendly motoring by switching its entire fleet of courtesy cars to fully-electric Renault Zoes.

The move sees the 164-vehicle fleet of courtesy cars replaced across the firm’s 15 dealerships in England and Wales.

The company has previously used the likes of the Renault Captur, Clio and Dacia Sandero but they have now been abandoned.

It is expected that each Zoe will travel up to 5,000 miles every year, helping RRG and its customers to reduce their carbon footprint.

Bosses hope that the scheme will introduce motorists to EVs ahead of the ban on new petrol and diesel cars in 2030.

Each Zoe will offer a range of up to 254 miles and will be provided fully charged.

Ludovic Troyes, managing director of Renault Retail Group, said: ‘The 100 per cent electric Renault Zoe has been prominent in the EV market for nearly 10 years, bringing zero-emissions motoring within the reach of everyone.

‘By switching to electric courtesy cars, Renault Retail Group is giving all our customers the opportunity to experience the benefits of electric motoring, so they too can take advantage of affordable running costs whilst being kinder to the environment.’